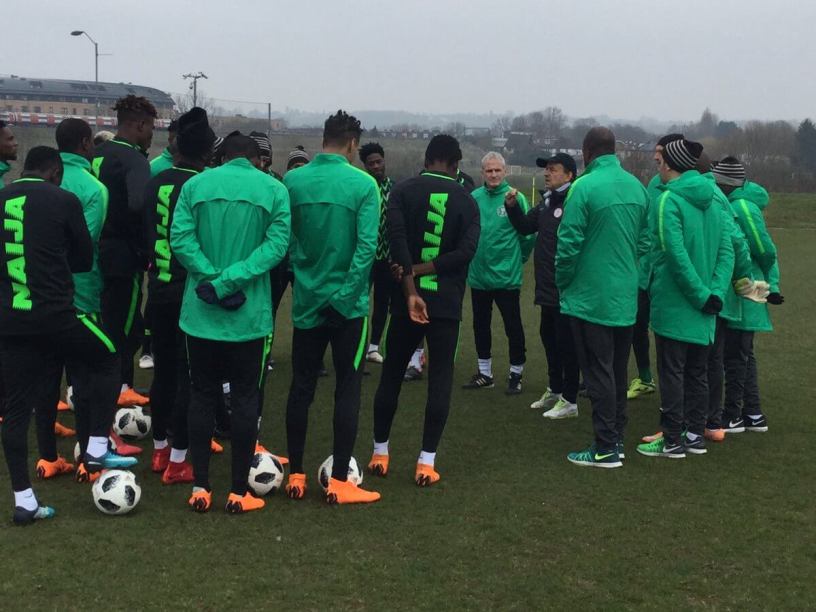 Francis Uzoho will start in goal for the Nigerians, while William Troost-Ekong and Leon Balogun are also included.

Kelechi Iheanacho, Junior Lokosa and Simeon Tochukwu Nwankwo will lead the attack for the hosts.

The game will be played at the Adokiye Amiesimaka Stadium in Port Harcourt and the Kick-off time is 5pm.

Rohr is expected to trim down his squad after the match, before they fly out to London to face the Three Lions of England on June 2.