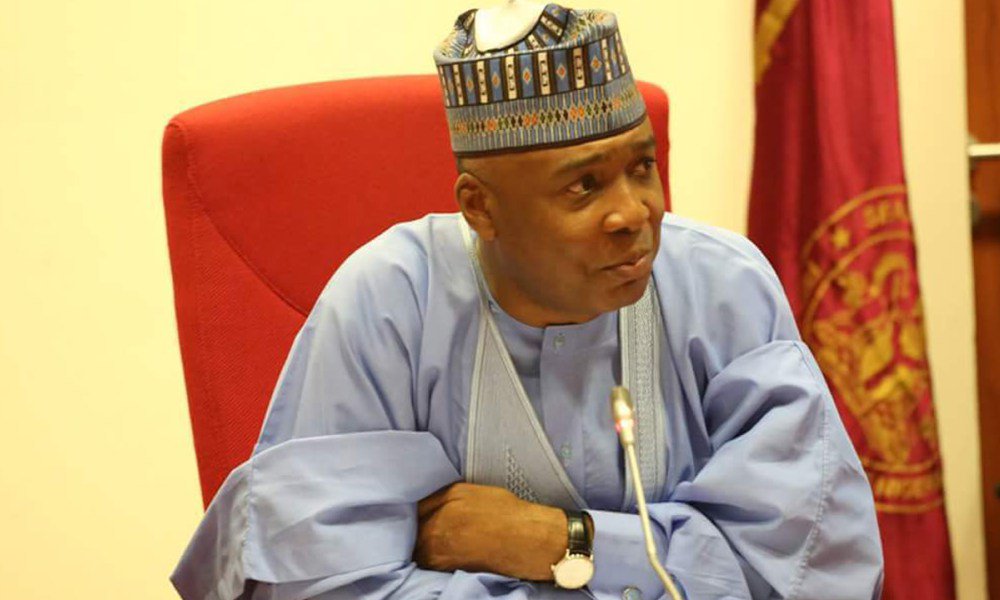 The All Progressives Congress (APC) has claimed that security agencies foiled Senate President Bukola Saraki’s plan to foment trouble at the National Assembly on Tuesday.

Operatives of the Department of State Services (DSS) had laid siege at the country’s legislature yesterday.

But Nabena claimed that APC’s “investigations” uncovered that “the timely intervention of the security operatives forestalled the planned violence which could have led to possible deaths, injuries and destruction of property in the National Assembly on Tuesday.”

“Why did the Senate President mobilise thugs to the National Assembly who almost lynched Hon. E.J. Agbonayinma, the only APC federal lawmaker present but for the timely intervention of security operatives.

“Why did the Senate President reconvene the National Assembly? Ostensibly as a pre-emptive move to frustrate federal lawmakers move to impeach him.

“We call on security agencies and relevant bodies to as a matter of urgency probe these findings and take all necessary and legitimate action to stop these illegalities which pose a direct and ominous threat to our democracy.

“As espoused in our earlier statement, whilst our contention with the leadership of the National Assembly as currently constituted is a matter of public record, we still believe that the legislature as an independent arm of government must be allowed free reign for vibrant contestation of ideas and values amongst its members within the context of their constitutional mandate and for the benefit of the Nigerian people.