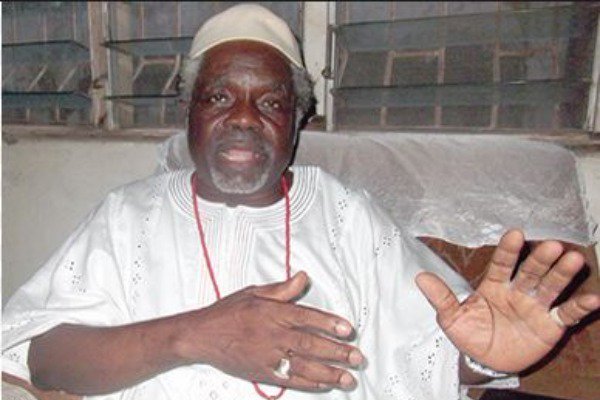 The National Chairman of the National Action Council (NAC) Dr. Olapade Agoro has asked the Independent National Electoral Commission (INEC) to deregister and proscribe the Peoples Democratic Party (PDP), the All Progressives Congress (APC) and the Social Democratic Party, (SDP) within seven days due to the recent revelation by Senator Ibrahim Mantu, who is now in APC that he had once rigged elections for the PDP.

Agoro who made the call in a letter addressed to the INEC National Chairman, Professor Mahmood Yakubu dated April, 3, 2018 a copy of which was made available to DAILY POST on Thursday in Ibadan, threatened to drag the INEC to court if it failed to deregister and proscribe the three political parties within the stated time.

The NAC Presidential aspirant in the letter disclosed that there was urgent need for INEC to deregister the political parties following the revelations made by the ex-Senate Deputy President, Senator Mantu.

Agoro added that the need to deregister the political parties was necessary “in line with section 15 sub section (5) of Constitution of Federal Republic of Nigeria (amended) that states thus: ‘The State shall abolish all corrupt practices and abuse of power’ and Section 36 – 1 of the aforementioned Constitution of Federal Republic of Nigeria, and the African Charter on Human Rights ARTICLES 2, 10, 27 as well as the powers conferred on Independent National Electoral Commission (INEC) as clearly spelt out under its published ‘KEY ACTIONS 3.1 of INEC STRATEGIC PROGRAMME OF ACTION 2017-2012.”

“And taking into consideration the very serious mind bungling revelations by Senator Ibrahim Mantu who is now in APC, that he rigged elections for PDP, as well as the looters list currently being circulated by the Federal Government, the fact that almost all in the APC government were formerly same people in PDP now in opposition, it becomes pertinent to hereby give you seven days notice from date of dispatch of this letter to you, that both the APC and PDP be deregistered and proscribed since both APC and PDP are dirty and corrupt.

“And as well to take into consideration Social Democratic Party (SDP) that is currently enmeshed in one hundred Million naira Dasuki gate scandal, failing which I will without further notice, cause legal actions to be instituted against you jointly and severally.”