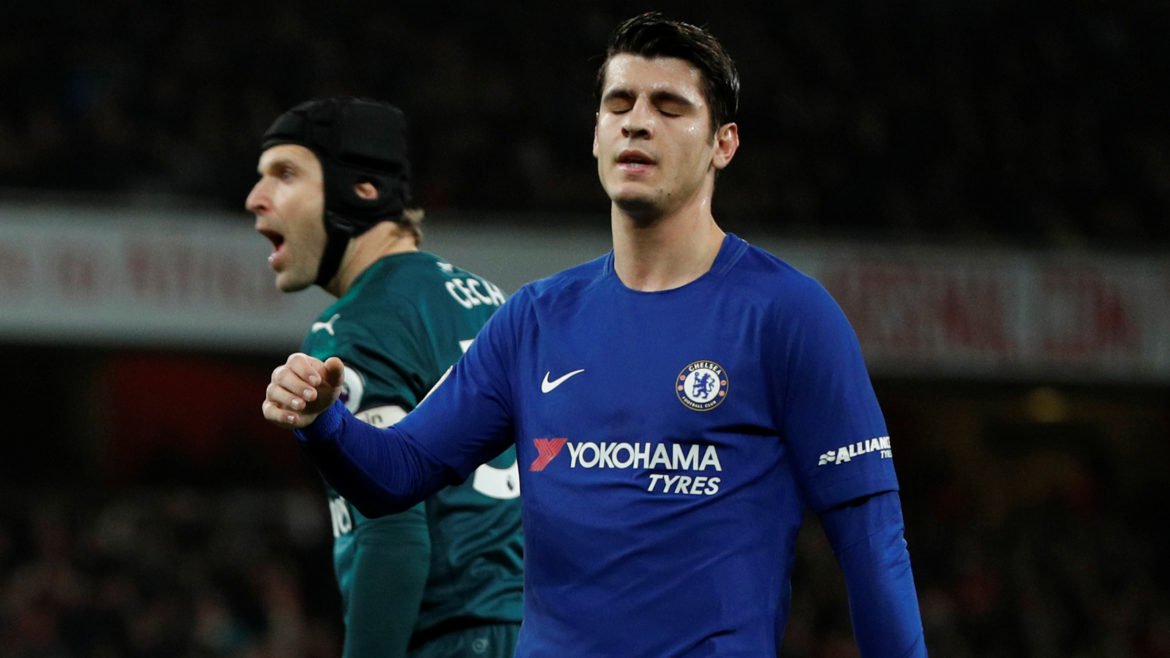 Former Manchester City captain, Richard Dunne, has described Chelsea striker, Alvaro Morata as a disgrace following the Spaniard’s performance during the Blues’ 2-0 loss in the Community Shield on Sunday.

Argentine forward, Sergio Aguero scored twice to give Pep Guardiola’s side the victory at Wembley.

Dunne noted that new Chelsea boss, Maurizio Sarri has a real issue on his hands with the forward.

“I know the manager’s only had two weeks, but there were some players in that team that looked like they didn’t want to be there. Or they weren’t fit enough.

“I think you can change the tactics or make the team work harder, but actual individuals? I’m talking specifically about Morata.

“Morata was a disgrace up front, he was awful. They’ll have to spend an awful lot of money over the next week.”