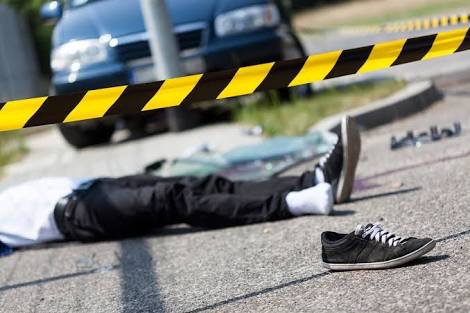 A businessman identified as Mr. Sunday Ibe, on wednesday mistakenly crushed his only child to death.

The incident occurred as he was trying to reverse his car at his home in Amakohia community, Imo State.

It was gathered that the father of one was not aware that his two year old child, Nkechi, was at the back of his Camry car when the incident occurred.

According to Sun, an eyewitness said Ibe, had handed over his daughter to the house-help to take her into his apartment not knowing that the maid allowed the little girl, stray out of the house and had crept at the back of the car.

He said, “The man did not know that the girl was at the back of the motor. It was with speed that he moved the motor backwards only for people around to raise alarm that he had killed the little baby.

“He carried the lifeless baby and on a blood-soaked shirt, raised his one hand into high heavens, crying and shouting, was asking God what type of temptation was projected to him and what would he tell his wife, who left for her village the previous day for a burial ceremony.”

It was learnt that neighbors and friends who gathered to help the situation took the baby to an undisclosed mortuary.

However, when contacted, the Imo state Police Command Spokesman, Mr. Andrew Enwerem ( SP), told Sun, that he was not aware of the incident.