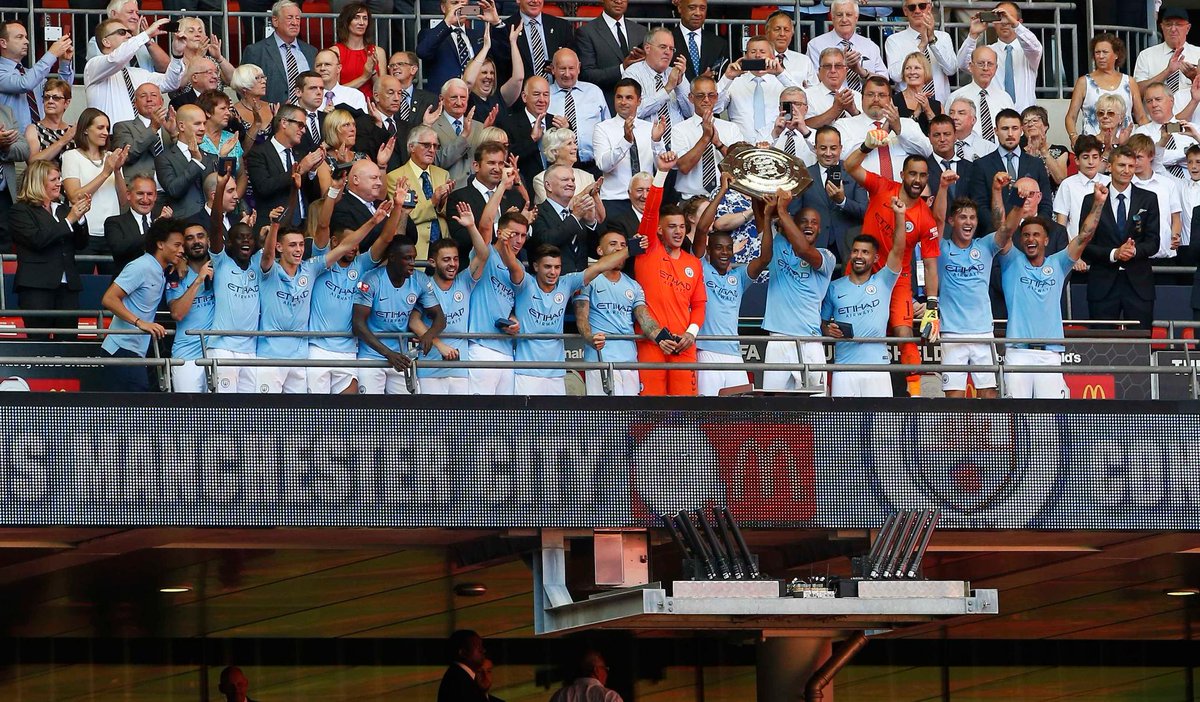 Sergio Aguero netted in each half, as Manchester City defeated Chelsea 2-0 in the Community Shield game on Sunday at Wembley Stadium.

The champions dominated the traditional season opener, even without key men like Kevin De Bruyne and David Silva and should have been leading with three goals at the break.

However, after Aguero fired back Willy Caballero early in the first half, Leroy Sane and Riyad Mahrez were let down by their poor touches.

Aguero himself missed a chance to double City’s lead in the second half, but eventually slid the ball under Caballero, following a through pass from Bernardo Silva.

Pep Guardiola’s men will now look forward to the start of their title defence against Arsenal next Sunday.