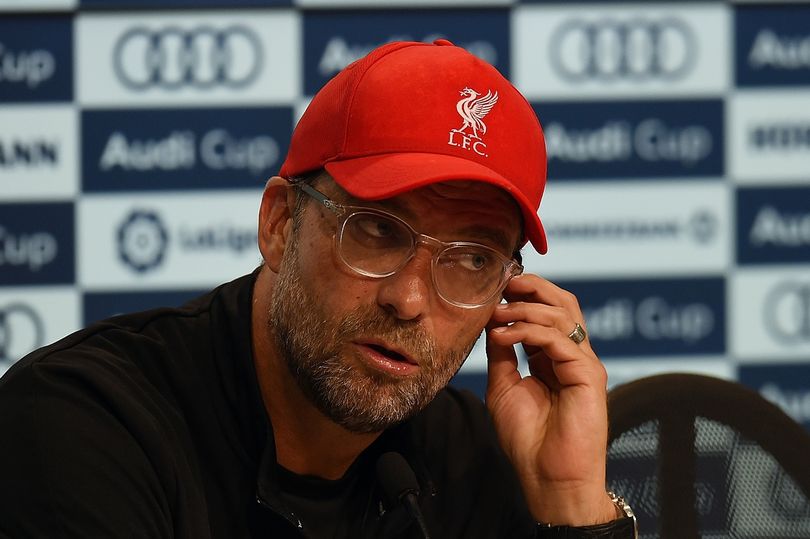 Liverpool manager, Jurgen Klopp, says he is not completely happy despite their 3-0 win over Manchester City  in the Champions League quarter-final on Wednesday.

Mohammed Salah, Alex Oxlade-Chamberlain and Sadio Mane scored for the Reds, as they recorded an emphatic first-leg win at Anfield.

Klopp claims it was not the result he expected and also lamented injuries to Salah and captain Jordan Henderson.

“The result is not what we expected but we needed to play more football in the second half.

“They did not have a lot of chances but we didn’t play much football ourselves. It is only half-time. 3-0 up, good.

“First half was brilliant. It was how football should look. We knew about the quality of City but also about our quality as well. If we could control the game better against a team like Man City and not give the ball away we would be closer to them in the league.

“We defended the passes really good. But I wanted us to play more football. But I am not angry it is all good.

“We lose one player to injury (Mo Salah) and another – the captain (Jordan Henderson) – to a yellow card so it does not feel good. Mo said he feels good but we will have to see about that.

“If we want to see games like this them the Premier League have to think about the fixtures. It should be something good (the game against Everton) and not cause problems.

“We have to find players now for what a lot of people say is the biggest game of the season. I do not feel good about this right now. If I don’t play my best XI against Everton then we know what happens,” Klopp told BT Sport.