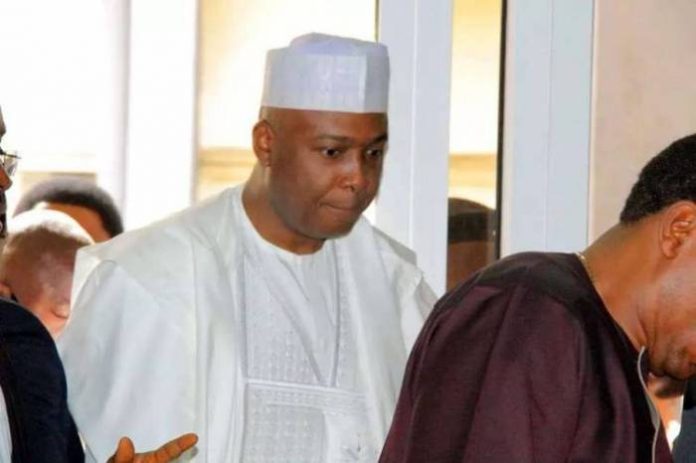 Baba was arraigned before Magistrate Ahmed Dasuki for posting on his Facebook account, messages that disparaged and defamed Saraki.

According to the complainant, Alhaji Jimoh Adesina, Chairman, Kwara North Senatorial District of the All Progressives Congress, APC, the accused engraved the on his Facebook wall materials that were harmful to the image of Saraki.

Sikiru Solagberu, lawyer to the complainant, moved an oral application to withdraw the case against the accused.

Solagberu said the decision followed appeals and intervention by prominent citizens in the state and the Ilorin Traditional Council.

The Magistrate, Ahmed Dasuki, in his ruling held that the reasons adduced by the complainant were weighty enough and did not require any application or affidavit in support.

He advised the accused to henceforth be of good conduct.