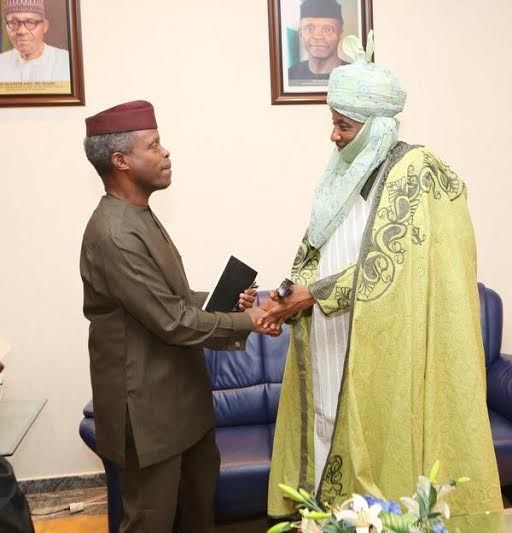 The meeting lasted for about one hour, inside the Emir’s palace.

Osinbajo met with them after attending the wedding of his Personal Assistant, Alhaji Hafiz Kawu, in the ancient city.

The vice-president was accompanied to the venue of the wedding by Ganduje, and other top politicians.

Osinbajo paid a courtesy visit on the Emir and held a closed door meeting with him in company of the governor.

The meeting might not be unconnected with the cold war between Ganduje and his predecessor, Senator Rabiu Kwankwaso as the Vice President is making effort to reconcile them before the 2019 general elections.

Kwankwaso was prevented from entering the state last week by the police, the same day the governor was holding a rally in order to avert a bloody clash.