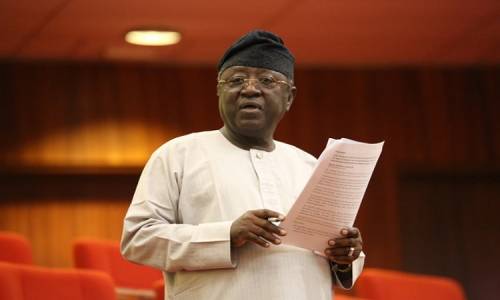 Jonah Jang, a former Governor of Plateau State, has vowed to support Atiku Abubakar, presidential candidate of the Peoples Democratic Party (PDP), with at least two million votes from the state, to ensure his victory in the coming election.

Jang said this on Monday, while addressing party supporters during the campaign rally in Jos, the state capital.

He said: “Plateau is the PDP and the PDP is Plateau. We will make sure that we give Alhaji Atiku Abubakar, the party’s presidential candidate, two million votes in the forthcoming election.”

The former governor accused the All Progressives Congress-led Federal Government of taking the nation backward through its bad policies.

While expressing the belief that the PDP would win the presidential election, he urged the APC to be ready to accept defeat.

Jeremiah Useni, the PDP governorship candidate in the state, promised to tackle insecurity and to bring peace back in the state if elected.

He added that his government would put in place modalities that would end the lingering farmers-herders’ clashes in the state.

He said: “I will end insecurity in Plateau and ensure peace returns to all parts of the state if I become governor, because nothing will work smoothly for us without security of lives and properties.

“We must stop the killings; we must do that to enable our farmers to go to their farms without fear of being killed. That way, we will have enough food to eat locally and even export, and that will also expand our revenue base.”