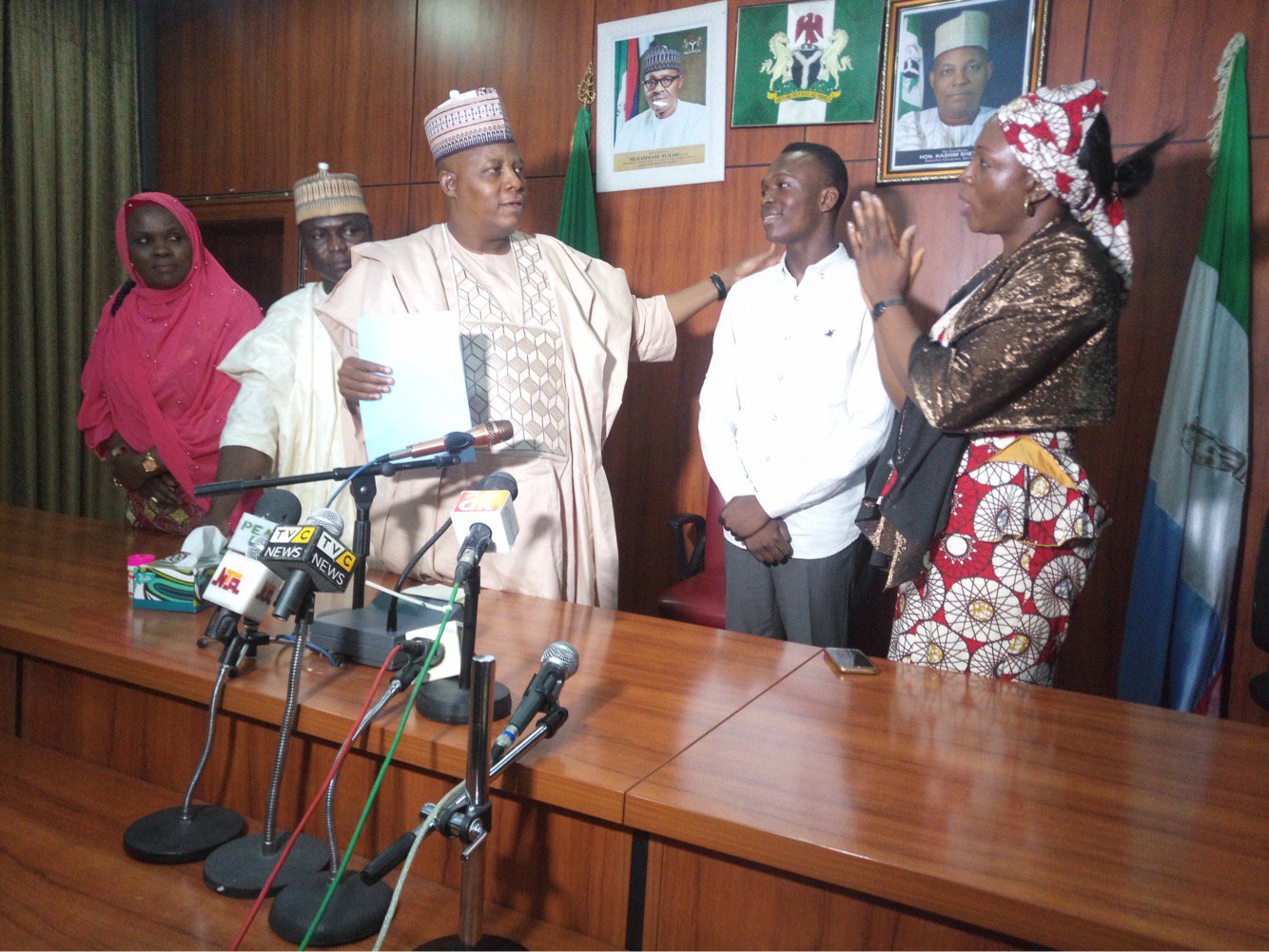 Shettima received Zakari (from Biu local government area) and his mother, Jummai, at the Government House in Maiduguri, the state capital.

The governor said he was excited about the young man’s achievement.

“On behalf of the government and people of Borno, I specially thank the JAMB king for making us proud. Words are not enough to express my joy.

“Despite our challenges, our children are doing well. We beseech Almighty God to continue to keep and bless them”, he said.

Shettima announced a 5-year scholarship for Zakari’s tertiary education to the tune of N5million.

He directed the Commissioner for Higher Education, Usman Jaha to raise the cheque to cover upfront payment of tuition, accommodation, books and maintenance at Covenant University in Ogun State where the student has already gained admission for a degree in Electronics Engineering.

The governor explained that since he will be completing his tenure in 2019, he has approved payment upfront in order to ensure that Zakari, who also made nine distinction at this year’s West African Examination Council (WAEC), does not have to follow-up on any tuition at the State Scholarship Board.

His words: “Israel, as his mother has told us, was raised as an orphan. The mother lost her husband who was a Major in the Nigerian Army about 14 years ago and she singlehandedly raised three children.

“Israel is the second of her children. She works in Lagos as a Banker, we don’t have to make her travel all the way to Maiduguri again to pursue any payment.

“She has done her part by raising a child with excellence and that child has made Borno State very proud. It’s our turn to support him.

“I will suggest that the mother pays all the fees upfront to avoid any tuition increase in future. I am particular about Israel because he was raised as an orphan”.

The mother couldn’t hold ‎back tears as she thanked the Borno governor.

Jummai recalled that she attended University of Maiduguri before getting married.

DAILY POST reports that Zakari led the top best seven candidates, according to an official release by JAMB.

Head of Media and Publicity, Dr Fabian Benjamin, in the statement, said Zakari, who sat for the exam in Ogun State, emerged as the best with a score of 364.

JAMB added that Akinyemi Paul from Ogun, Ape Moses from Benue, and Obi-Obuoha Abiamamela from Rivers all came fifth with a tie score of 354 to complete the top seven.