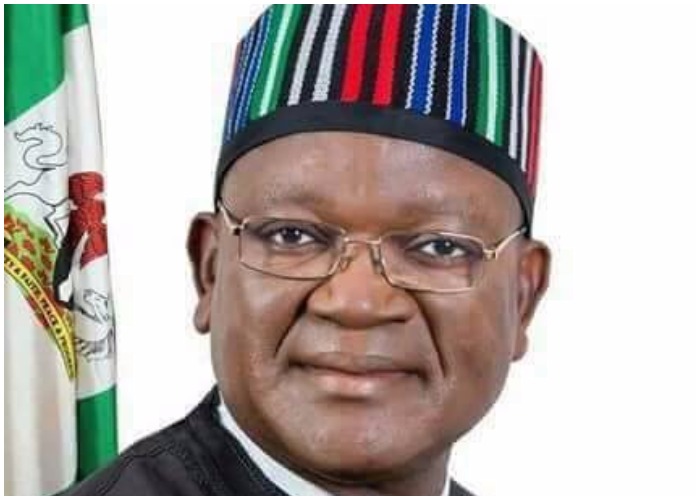 The Benue Youths Forum, the umbrella body of all youth groups in Benue State has raised the alarm over a purported plot to kidnap the Clerk of the Benue House of Assembly, Dr Torese Agena at all cost to compel him to conduct a sitting of the suspended eight members of the House in order to commence impeachment move against Governor Samuel Ortom.

The group’s National President, BYF, Comrade Terrence Kuanum disclosed this to newsmen on Tuesday in Makurdi.

Kuanum lamented that despite a subsisting court order, security personnel had continued to lay siege on the Assembly complex barring lawmakers and staff of the Assembly from having access to their offices.

He noted that the silence of the presidency clearly indicated the complicity of the federal government in the plot to destabilize the state.

He said, “We witnessed the desperate plot hatched by the Presidency in conspiracy with some sons of the state on Monday, July 30th., when heavily armed policemen were drafted from Abuja and neighbouring states to force the majority 22 members of the House out of the assembly complex to pave way for the impeached speaker, Terkimbi Ikyange and seven others to sit and commence an impeachment move against Governor Ortom.

“This sad development is occasioned by instigation of anarchy under the directive of the Federal Government headed by President Muhammadu Buhari.

“At the moment, efforts have also been intensified by the police and DSS to kidnap the Clerk of the Benue State House of Assembly, Mr. Torese Agena at all costs to force him to conduct an illegal sitting of the House so the plotters can achieve their aim.

“Information available to us indicates that plainclothes detectives have been deployed to the House of Assembly to execute the plan. Civil servants working at the Assembly complex have been subjected to constant harassment by weird looking security operatives.

“It is rather shameful that President Muhammadu Buhari who realised after about four months that the Inspector General of Police did not obey his directive to go and secure lives in Benue State without being penalized is so eager to deploy policemen to enforce illegality in the same state he couldn’t secure lives and property.

“The President was also quick to deny involvement in the Benue Assembly saga, but since that denial, no officer responsible for the impunity has been sanctioned.

“In a democratic setting such as ours, it beats our imagination that a sitting President would resort to thuggish tactics aimed at stopping a defecting Governor from joining another political party.

“The bitter truth is that Mr. President by his actions in the entire Benue episode has exposed himself to be the same dictator he was why holding sway as military Head of State. He is hell-bent on returning Nigeria to the dark days of impunity, brutality and executive recklessness.

“We join other Nigerians of good conscience to call on the President to halt his deliberate attempt to subvert the democratic process in Benue State. The inalienable human and political rights of Benue people as guaranteed under the relevant laws must be protected.

“We are however confident that the international community and patriotic elements of this country will rise and condemn the assault on democracy in Benue State and call for action to save the state from further political crisis.”