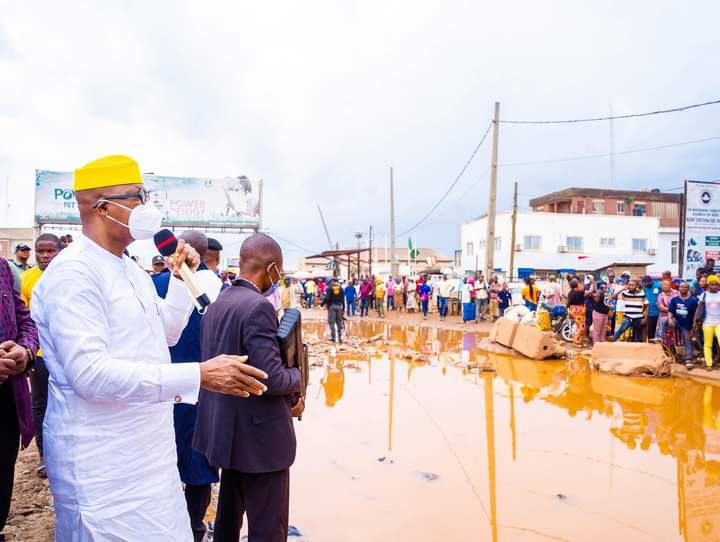 Recent revelations by Governor Dapo Abiodun about the worrisome state of roads in Ogun State seems to be a confirmation that his administration may not be well in touch with the people of the Gateway State, Arewa.Ng, reports.

Abiodun, in the past few days, have been making comments that show he was not aware that the majority of the roads linking various communities in Ogun State have totally collapsed.

This, it was observed, came as a surprise to many residents of the State who have never kept quiet over the poor condition of roads in their localities.

“Does this mean the governor doesn’t read comments on his social media handles? Does it mean he doesn’t watch television, read newspapers or listen to radio so as to know the condition of the roads in Ogun State?” a resident of Abeokuta, Biodun Adeniran queried. 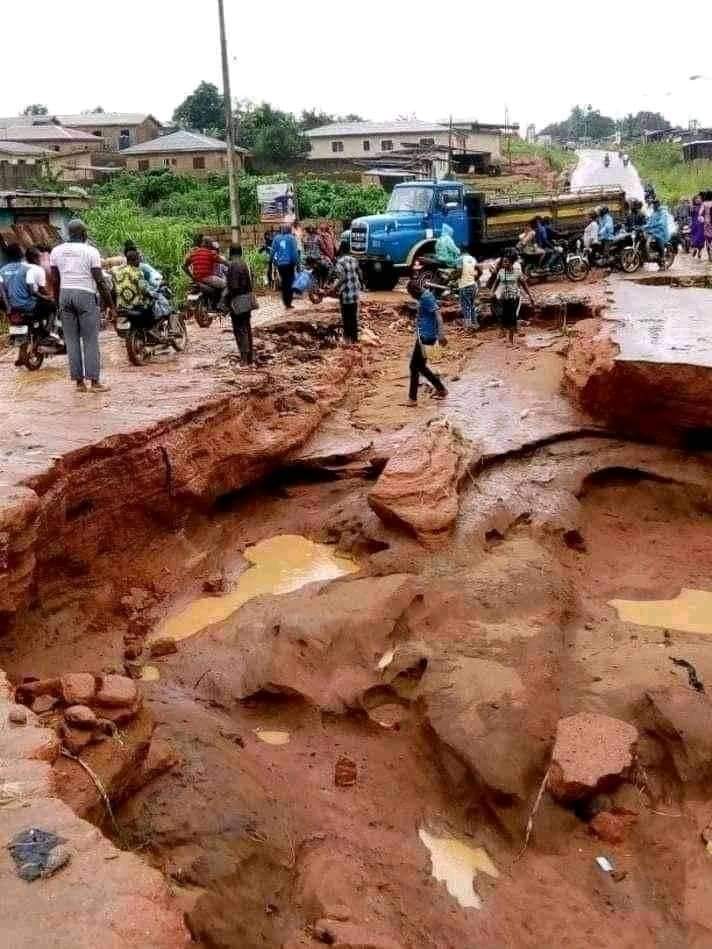 Recently, Gov Abiodun has been traversing the length and breadth of Ogun State to seek the support of residents for the forthcoming local government elections.

Abiodun confirmed that he had not visited many of the local governments since two years ago when he assumed office.

This, it was observed, did not avail him the opportunity to know what Ogun indigenes encounter daily while plying the roads.

But as the governor goes out to campaign for candidates of the All Progressives Congress (APC), he, without being told, sees the suffering of the people as he lamented that he pitied them.

Before he started the local government election campaign, Abiodun had visited Iberekodo area of Abeokuta North to inspect the Arakanga Water works.

Seeing the pitiable condition of the road, the Governor said he felt like his government has not done anything on roads.

“On my way coming here, I saw this road and I felt sad because the road is too bad. And we have been embarking on construction of roads across the state, but this road now makes it look like we have not done anything. All these roads cannot be completed even if someone is governor for 20 years,” he confessed. 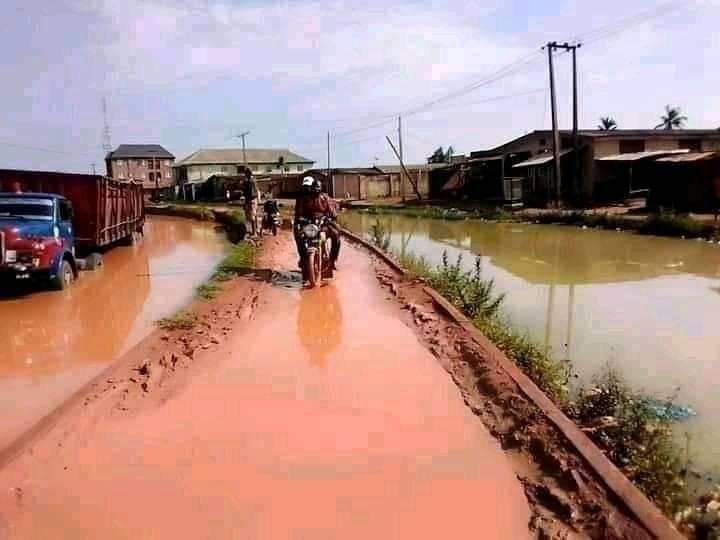 The story was the same when Abiodun went to Imeko/Afon Local Government to flag off the APC campaign on Monday.

Addressing the people of Imeko/Afon, Abiodun said he was taken aback with the condition of the roads from Lafenwa to Olorunda.

“When I was coming from Abeokuta and I rode on that road from Lafenwa to Rounder, down to Olorunda, till I got here, I was just shaking my head. I pity myself and I pity you too. It was just too painful. I was just calling the Commissioner for Works like 10 times that this road is so bad. This is just too unbearable,” he lamented.

On his visit to Ado-Odo/Ota Local Government, Abiodun’s convoy was flagged by residents who came out in their numbers to protest the poor condition of the roads in the industrial hub.

Seeing the situation of things, Abiodun could not help saying he almost shed tears when he saw what the people go through daily on the roads in Ota axis. 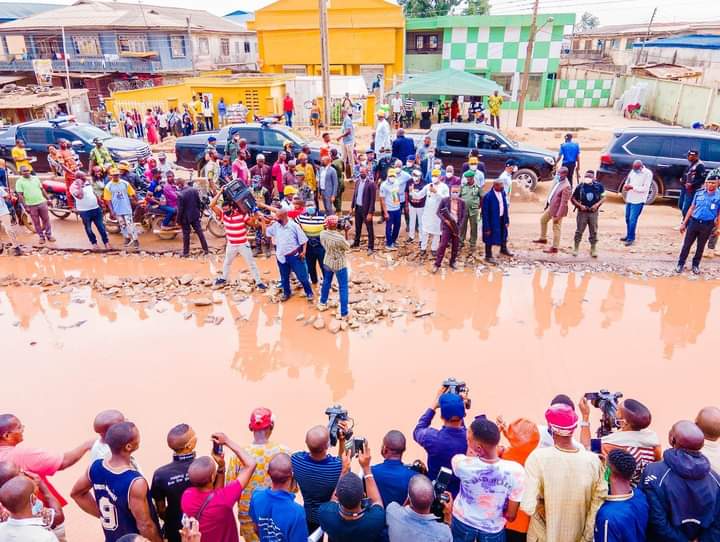 “When I was coming here today, I almost shed tears. It is very painful to me. Why is the suffering (on this road) this much,” the Governor cried out.

In his words, the Governor blamed the Federal Government for failing to handover the road to him for rehabilitation.

He, however, disclosed that he had directed the Commissioner for Works to find a means of ameliorating the suffering on the road to Joju junction.

In Ifo, the people groaned over the state of Ojodu, Akute axis roads, as the Governor promised to borrow money to fix same, saying, nonetheless, that “I cannot do everything.”

DAILY POST reports that the situation is the same in the local governments visited by Abiodun so far, especially those in Ogun West.

Addressing the people of Yewa South on Friday, the state helmsman expressed shock that the Owode-Ilaro road graduated from being bad to worse after it rained. 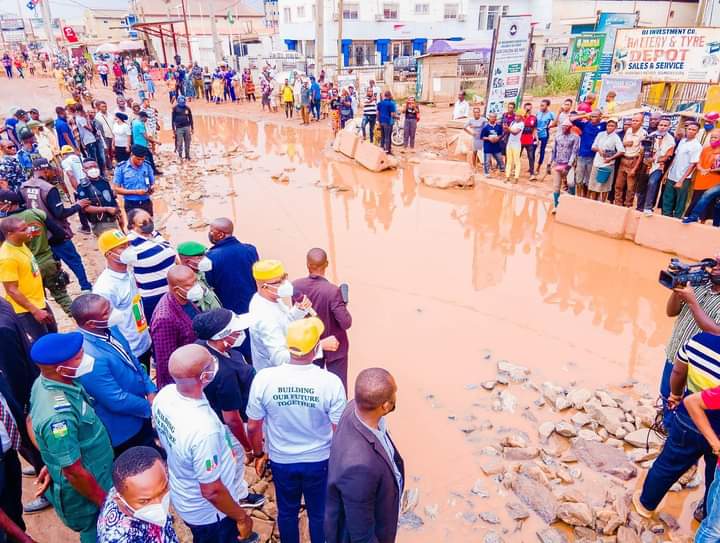 Abiodun said: “I left Abeokuta today (Friday), I passed through Owode-Ilaro road to Ipokia, when the rain had not fallen, and I said ‘this road is bad’. But when I was coming back, it had rained, then I saw that the road is worse. But I brought the Commissioners of Work and Finance with me. I told them, ‘can you see your life?’ I have told them that the road must be completed before the end of this year.”

Meanwhile, Gov Abiodun has promised to address the problems people face on the roads.

He said his administration had completed about 270 kilometres of road in the last two years, stressing that constructions are going in 18 out of the 20 local governments in the State.

However, Ogun people maintained that the condition of roads in the State are still very poor, especially the ones belonging to the Federal Government.

“It’s only 15% roads in Ogun State that are road worthy, 85% of the road is in a terrible state,” one Olutosin David said.

Adewale Adesoye posited, “People at Agbado-Ijoko road are nothing to you, well it will be a shame to your party if that road is not completed.”

Muheeb Olatunde, an indigene of Ogun Waterside said, “You didn’t award any road for construction in Ogun Waterside. So, there was none for you to inspect or commission during your tour of the LG. Spread the dividend to us and don’t make us regret following you.”

Speaking on Ota-Abeokuta road, a resident, Fatai Yusuf stated, “I can’t count the number of lives these deplorable roads have taken to early grave; containers falling on top of people like it is falling on chickens.

“God will judge you if you cannot defend my vote for you. I know the pains I passed through making sure APC remains the party in Ogun State. But you never promised us this.”

I didn’t know the roads are so bad, I pity you – Abiodun to Ogun residents