How Igbo man defeated Boko Haram for us – Gov. Shettima 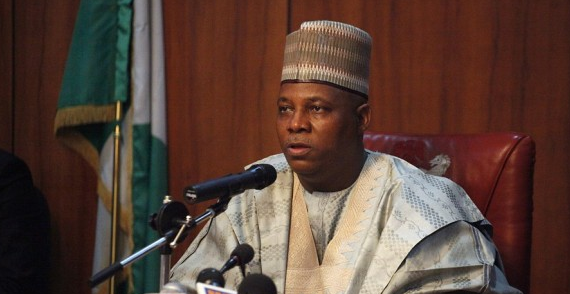 The Governor of Borno State, Kashim Shettima, has revealed that the destruction of the dens of Boko Haram in Sambisa forest was made possible by an Igbo man.

The Governor said this during a town hall meeting for the military and security agencies at the Government House, Maiduguri, on Monday.

Shettima further thanked the Buhari-led administration for making sure that peace finally returns to Borno state.

He urged all Nigerians to join hands in supporting the Federal Government and the military to end Boko Haram completely.

He pointed out that once the rainy season sets in, Sambisa Forest becomes an impregnable fortress of Boko Haram Insurgents.

“This is a great day; a day for celebration. Four years ago, 20 of the 27 local government areas of the state were under the control of Boko Haram.

“Then, the only accessible road to Maiduguri was Kano-Maiduguri Road. If there are any people who are the greatest beneficiaries of this feat, it is Borno State.

“Interestingly, this accomplishments were made possible by an Igbo from Mbaise, Imo State. The Operation Lafia Dole has been able to penetrate all corners of Sambisa Forest and chased Boko Haram away.”