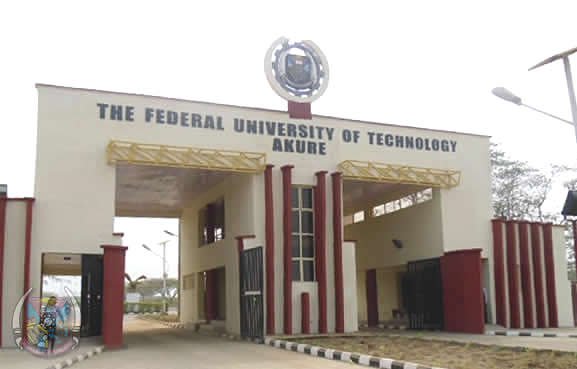 A 500 level student of Applied Geophysics at the Federal University of Technology, Akure (FUTA) Tunji Agboola has died after slumping while playing football in his lodge.

The incident happened on Saturday morning at the deceased’s off campus residence close to FUTA South gate.

It was gathered that the late Tunji could not get medical attention on time as the institution’s health center had been shut for months due to the strike by the Non-Academic Staff Unions .

Tunji was later rushed to a private hospital close to the School where the doctors could do little due to lack of basic oxygen apparatus to resuscitate him.

It was learnt that the rescue team later rushed him to the State Specialist Hospital, Akure where he was confirmed ‘Brought in Dead’ (BID).

It was not immediately clear if the late Tunji had any health challenge.

His death almost caused a protest by his colleagues especially the Nigerian Association of Earth and Mineral Science Students (NAEMSS) who felt he would not have died if he had got help on time.

NAEMSS, President, Comr. Victor Awosiji, the SUG VP, Yewande Akinjewe, Ondo NANS Gen. Sec., Tolulope Duyilemi and other union leaders had to intervene by visiting the Akure Area Command and the hospital with a call on government to shut it down for not having ‘minimal requirements’ to operate.

The SUG president, Adeyinka Olasehinde described the incident as very saddening saying the Union would be meeting the management to express their mind that its not advisable to have students in a school environment without a functioning health center.

He said the remains of the late Tunji have been handed over to his elder brother who came around, for onward movement to Ado Ekiti, their patents’ residence.