Herdsmen killings: We have what it takes to protect our people – MASSOB blows hot 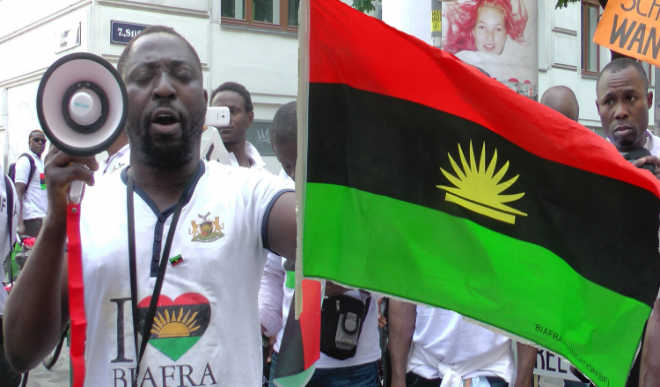 The Movement for the Actualisation of the Sovereign State of Biafra, MASSOB, has described the Federal Government’s proposed military cattle ranches as another plot kill Igbo people and take their land.

According to the group, cattle ranches in military barracks for herdsmen was a ploy by the President Muhammadu Buhari-led government to create havens for herdsman.

MASSOB noted that the move would make it easy for the herdsmen to attack innocent people in the South-East and South-South without hindrance.

Fielding questions from Punch, the group’s National Director of Information, Sunday Okereafor, said MASSOB must find a way of protecting its people in the face of unprovoked attacks from Fulani herdsmen.

Okereafor said, “Forget what they are saying; it is the same plot. From sharia, grazing bill to cattle colonies and now to military cattle ranches, we have what it takes to protect our people.

“We cannot be in churches and our homes and allow any person to come and kill us there. Whether grazing bill, cattle colonies or military cattle ranches, they are all the same.

“What will happen is that when the Fulani herdsmen kill, they will run to the barracks for protection. But we know how to protect ourselves.

He recalled that Fulani herdsmen attacked farmers in Ohafia, Abia State, Nimbo in Enugu State and in Ozubulu in Anambra State in the past.

Okereafor lamented that nobody had been arrested since the massacre in Benue State, even when the killers gave untenable reasons for invading communities in the state.