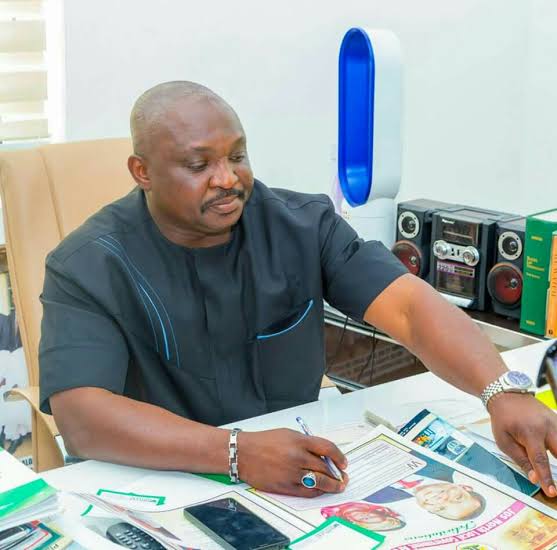 Nanle reportedly died in the early hours of Wednesday in an Indian Hospital after battling colon cancer and enlargement of the large intestines.

Punch quoted one of his relatives as saying, “Actually, he has been having health challenges since last year and we heard that it is colon cancer. But he told me he had a growth in the large intestine. A surgery was carried out here in Jos mid last year. But it couldn’t heal; they had to fly him to India in January this year.

“And then, he went, spent about a month there, came back and he has been on medication since. You observed that throughout this year, he hasn’t been doing anything serious. He never travelled with the governor on most official trips.”

The Senior Special Assistant to Governor Simon Lalong (Media and Publicity), Mark Longyen, confirmed the death but didn’t give details.

He said, “Yes, it is true; DOPPA-Director of Press and Public Affairs (Dr. Emmanuel Samuel Nanle) is dead. He was flown abroad, specifically India, last week. Two weeks ago, the sickness degenerated.

“The sickness wasn’t too clear. The official information is that he died in an Indian Hospital this morning. He’s from Pankshin. The thing got worse last week and was flown out.”