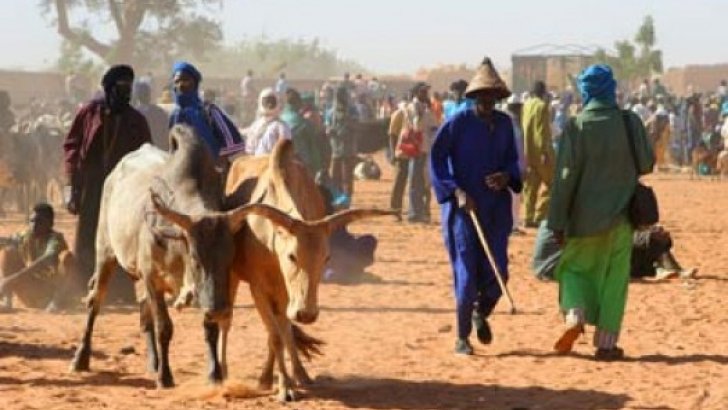 No fewer than twenty Fulani herdsmen have arrived in Abeokuta, the Ogun State capital.

According to the herdsmen, they were in the state to “settle and graze”.

This was made known by the Ogun State Police Command in a statement on Monday through its spokesman, Abimbola Oyeyemi.

Oyeyemi said the herdsmen have been profiled and that though anyone was free to reside in any part of the country, the condition under which the herdsmen came into the city called for caution.

He, however, advised members of the public to go about their businesses without any fear.

The statement reads: “The attention of Ogun State Police Command has been drawn to a social media report that some group of people suspected to be Fulani herdsmen came into Opeji area of Abeokuta in two trucks and the Command wish to clarify the issue as follows:

That on Monday 22nd of January 2018, we received an intelligence report about the arrival of a group of people numbering about twenty who are suspected to be Fulani herdsmen into Opeji area and their mission in the area is highly suspicious.

2. It was discovered that the men are of Fulani extraction from Kaiama Local Government Area of Kwara State and they came to Opeji on the invitation of a man who claimed to be the Baale of the area and claimed to have had long time relationship with them to settle and graze in the area.

3. In as much as every Nigerian has the right to live in any part of the Country, the Police whose constitutional responsibility is to protect life and properties is duty bound to access, profile and investigate anybody whose aim of coming to Ogun is suspicious.

4. In view of the above, the Command wish to inform the good people of Ogun State that the men are under strict surveillance, they have been profiled and put under proper monitoring and their movement restricted by Operatives from the intelligence Bureau and other formations such as FSARS, Anti-kidnapping, Cultism Units and Police Mobile Force PMF.

5. Also the Command Operatives at all level in the State have been put on red alert to forestall any likely incident or security breach across the State. We are working in collaboration with other sister Security Agencies as well as the Stakeholders proactively put in place at Divisional, Area Command at State level with the mandate of meeting and carrying out dialogue with all concerned entities to forestall any ugly incident.

6. The Command therefore wish to allay the fears of the good and peace loving people of the State of rumors from mischief makers of any imminent attack. People should go about their lawful businesses without the fear of harassment or molestation from anybody as the Police and other sister Security Agencies are on ground to ensure security of life and properties at all times.”