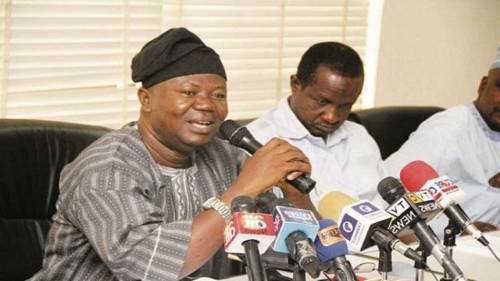 The Academic Staff Union of Universities (ASUU) has said that some agents of the federal government are out to frustrate their efforts by misinforming the public.

Biodun Ogunyemi, the President of the union, said this in a bulletin sent to branches of the union across universities.

In the bulletin, the union revealed that the Nigerian government was yet to touch on the renegotiation of the 2009 FGN/ASUU agreement as at the last meeting they had last Monday.

The ASUU president called on the public to disregard any unverified or any information that is not authenticated by the union.

The bulletin read: “At the meeting held on January 21, 2017, between the union and the Federal Government’s agents (the Minister of Labour and Employment and representatives of relevant government agencies), the Federal Government improved its earlier offer. However, the government has failed to address the crucial and critical issues of funding for the revitalisation of public universities in Nigeria and the re-negotiation of the 2009 FGN/ASUU Agreement.

“To confuse the public about our struggle, agents of the government and some haters of our principled and purposeful struggle are peddling all sorts of misinformation through the media. Members must disregard any media information unverified or not authenticated by the union.”