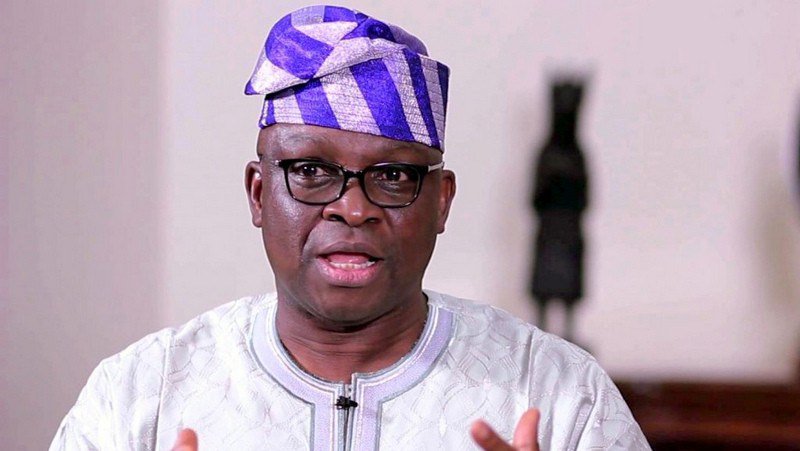 Ayodele Fayose, outgoing Governor of Ekiti State, has reacted to the blockage of the entrance to the National Assembly by operatives of the Department of State Services, DSS.

Fayose, writing on his Twitter Page, said the action was a shameful display of tyranny.

The governor, however, called for prayers to save the nation’s democracy from the hands of tyrants.

He wrote, ”Shameful display of tyranny at the NASS. At this point, we can only pray to God to save democracy in our country from the hands of these tyrants.

”But I warned! I warned those who brought Buhari in 2015 and I kept warning even after he was elected.”