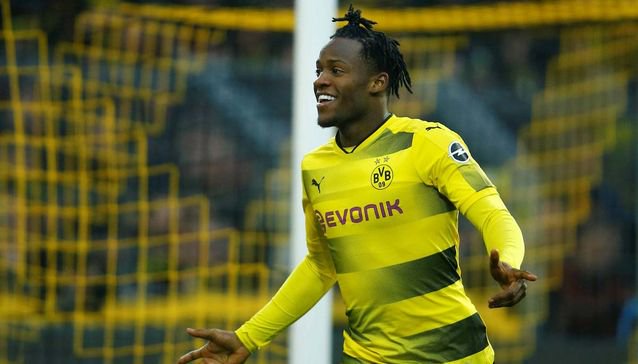 Belgian forward, Michy Batshuayi, has admitted that he broke club’s rules at Chelsea to remain alive.

The Chelsea player, who is currently on loan to Borussia Dortmund, has scored eight goals in 12 games for Peter Stoger’s side.

It is a remarkable turnaround for Batshuayi, who could hardly get a game under Conte at Chelsea.

Alvaro Morata has been the Blues’ main striker this season, with Eden Hazard being the preferred option up front when the Spaniard was unavailable.

The former Marseille player has spoken about being frozen out, revealing he used to break club rules by playing futsal to keep him from being “dead”

He said, “At the club you’re not allowed to do it, but I played futsal.

“If I didn’t play futsal, I would have been dead.
“I kill myself at futsal for 1 hour or 2 hours. It’s mandatory for me.

“It allows me to feel better, to free myself, to feel the sensation of the ball, the feeling of finding the path of the nets and especially the notion of pleasure with my friends.”