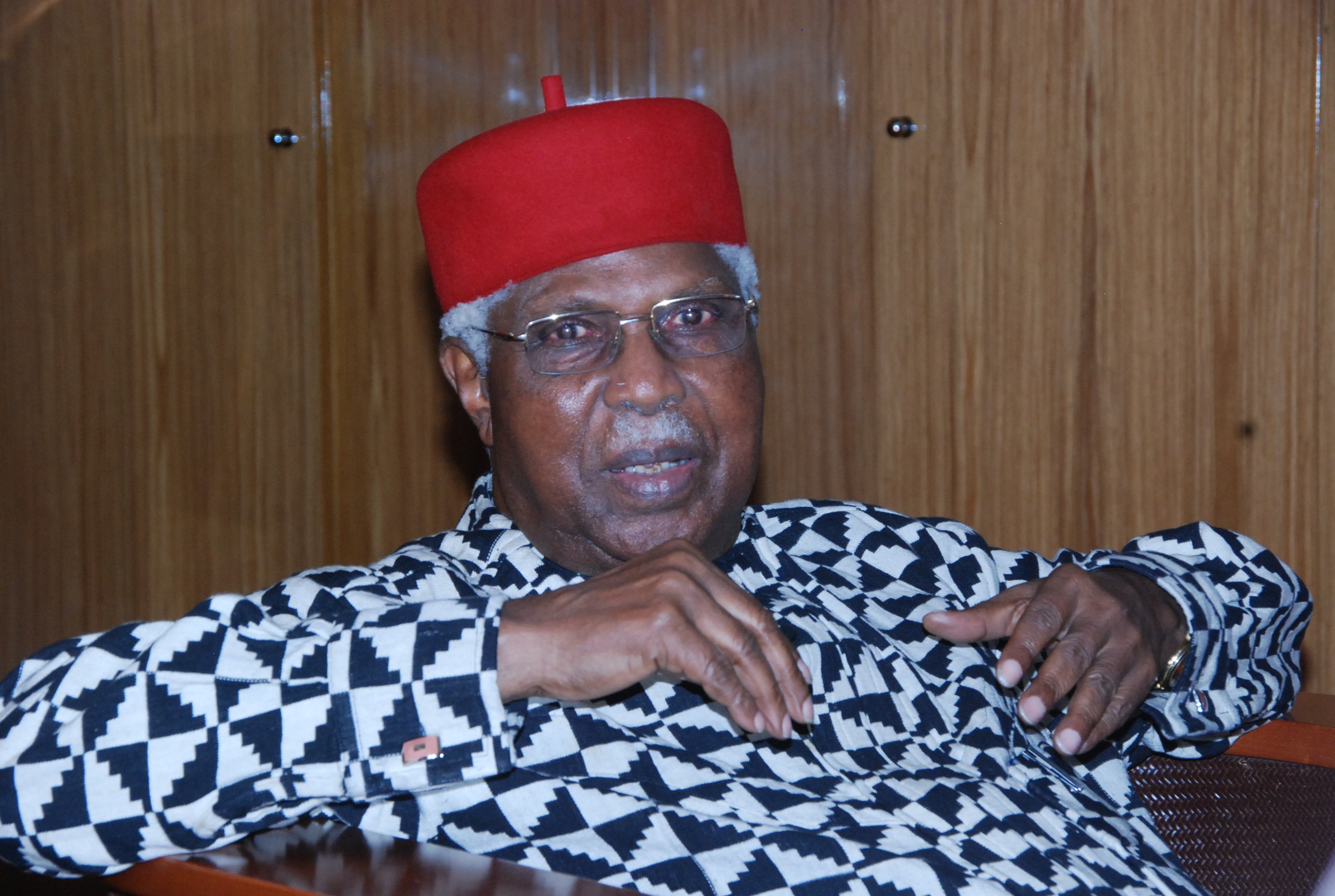 Commercial activities were on Thursday put on hold in the entire Anambra State in honour of the homecoming of former vice president, Dr Alex Ekwueme whose remains arrived the state for a commendation service.

As early as 8am, which is usually the rush hour in the state, streets and major roads in the state was devoid of traffic and the usual hustle and bustle.

Schools, banks, markets and other public institutions were all under lock and keys around the state.

The popular Onitsha main market, Eke Aka market and markets in Nnewi were all shut.

The remains of the late statesman was received by the Anambra State governor, Chief Willie Obiano at the border town of the state, Amansea at about 11am, and was promptly moved to the venue of the commendation service in Awka.

Speaking at the service, the Minister of Labour and Employment, Dr. Chris Ngige who represented President Muhammadu Buhari lamented that Ekwueme was betrayed by his people, else he would have climbed to an even higher height in politics.

He described the elder statesman as a rare politician who had zero tolerance for bribery and corruption, saying that he would have occupied more political offices if not for his integrity and refusal to compromise standard.

He said ninety-nine percent of politicians in Nigeria had degrees in bribery and corruption, with many of them reneging on their campaign promises as soon as they assume power.

“Ekwueme was successful in every sphere of life, politically, academically and otherwise. But when it comes to bribery and corruption, he is a complete failure. I score him F9.

“He suffered a lot of betrayal in the hands of politicians especially from his people in the southeast because of his inability to play by their rules,” he added.

Also speaking, a former Senate president, Senator Ken Nnamani, said late Ekwueme was one of the Nigerian politicians who ventured into the murkey waters of politics with his integrity intact.

“They said politics is a dirty game but Ekwueme proved them wrong because he had a very good soap of washing the garment of politics.

“I can’t remember him having any case to do with EFCC and ICPC as most of us have. He maintained integrity in politics,” he added.