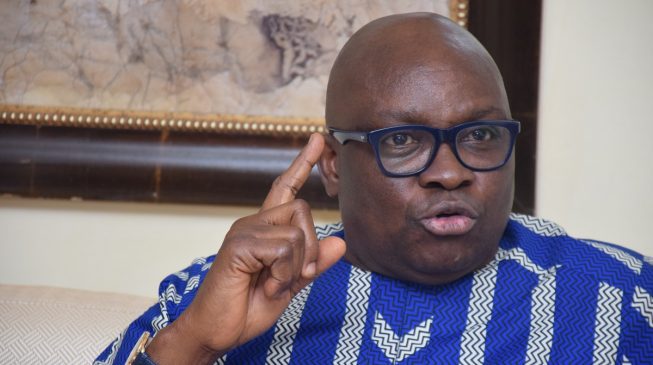 The immediate past Governor of Ekiti State, Ayodele Fayose has reacted to the victory of Governor Kayode Fayemi at the governorship election tribunal.

The Ekiti state governorship petition tribunal sitting in Abuja had on Monday declared Fayemi as the winner of the last governorship election in the state.

Recall that Fayemi’s victory was challenged by Kolapo Olusola of the Peoples Democratic Party, PDP.

Olusola had alleged that the election was fraught with irregularities and that Fayemi who ran on the platform of the All Progressives Congress, APC, could not be declared a winner.

The tribunal unanimously struck out Olusola’s case on Monday and ruled that Fayemi is the duly elected governor of the state.

In his reaction, Fayose said that he was not surprised.

He tweeted, “I would have been surprised at the judgment of the tribunal if it had been otherwise because the judiciary was already coerced by the APC led federal government.

“In fact, the judgement was in public domain and celebrated by APC since the last few days.”