Ekiti 2018: I have settled rift with Fayemi – Bamidele 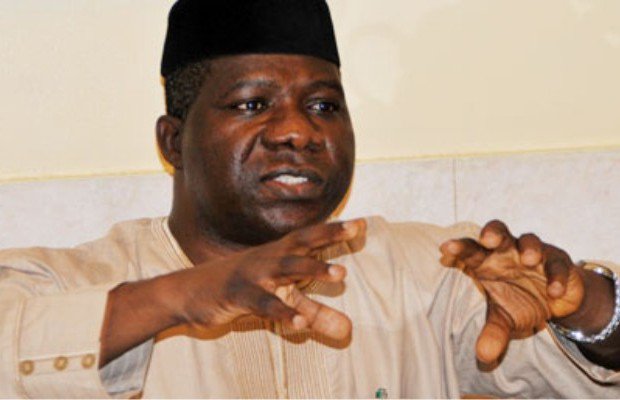 A member of the seventh House of Representatives, Hon. Opeyemi Bamidele, yesterday said he has settled differences with former Governor Kayode Fayemi for the All Progressives Congress(APC) to be able to triumph in the July 14, 2018 governorship poll.

Bamidele admonished the APC leaders to field an experienced person to fly the party’s flag for the governorship election, rather than a neophyte, who would assume office and start disgracing the party with poor performance.

The former commissioner said he is a thorough-bred technocrat, who has traversed every arm of government as a commissioner, a federal
parliamentarian and lawyer, who was well groomed for the coveted seat.

Bamidele said these on Thursday while declaring for the governorship seat in his ward at Iyin Ekiti in Irepodun/Ifelodun local government area of the state , where he also unveiled his blueprint dubbed: ‘Manifesto of Brighter Future for Ekiti’, encapsulating his mission and vision for the state.

He was received by the chairmen of the two wards in the town, Hon. Opeyemi Ogundele and Hon. Adeuyi Folorunso, respectively.

Bamidele told the party members that he had settled rift with the Minister of Mines and Steel Development and former governor, Dr. Kayode Fayemi.
“God in his own way has settled my differences with Dr. Fayemi, so no more crisis and segregation. We are all one. There are no groups called Bibire or JKF, we are one APC and that we shall continue texploit to rescue Ekiti from the dungeon of economic doldrums”.

Unveiling the contents of the manifesto, Bamidele stated that the blueprint consists of programmes that would proffer solutions to the hydra-headed socio-economic problems pummeling the state due to bad governance brought to the fore by the present government.

“With what is happening today in Ekiti, it was clear and evident that the State is in pain and in dire need of a leader that has scientific understanding of what governance is all about to redirect us to the path of a sustainae and viable Ekiti .

“I understand governance and I know that there are three arms , which are: Executive , Judiciary and legislature. I have garnered experiences in all the facets and I have grown through the gamut to reach where I am today.

“In the executive arm, I served for 11 years in the government of Lagos State as Special Adviser and Commissioner and our records are here. I was elected as a member of House of Representatives in 2011 and this imbued me with deep knowledge of the legislature. And as a lawyer, I have practised as a Minister in the temple of justice for 26
years.

“I have executed programmes of government, I have made laws for the nation and I have helped in building a virile judicial arm, these makeme a complete person and I can proudly say that I am the best for the job for no governor in the history of Ekiti had ever got this experience before election”.

Elaborating more on the manifesto, Bamidele said he was the first aspirant to unveil his blueprint for Ekiti before formal declaration, describing this as not only outstanding but novel in the state’s political trajectory since the advent of democracy in 1999.

Assuring that the blueprint was scientifically structured to meet to Ekiti needs, Bamidele said: “Our projection is to make Ekiti the food basket of our dear nation, because we have good soil and climatic conditions that favourably put us in a good stead to feed our
nation.

“In this blueprint, we have ways to harness our mineral deposits in all parts of Ekiti, we have programmes for civil servants, teachers , aged people, youth and social development, Sports Development that explained vividly how sports has become a science, robust health programmes and conscious human capital development schemes to make Ekiti great.

“I am a lawyer with network of people both locally and
internationally , I have them across the globe. I will bring all these to the to the disposal of Ekiti people”, he added.