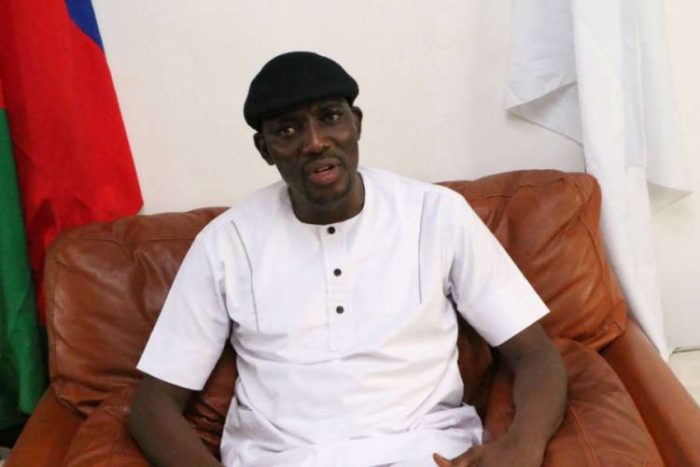 The Ijaw Youth Council, IYC, WorldWide led by Comrade Oweilaemi Rolland Pereotubo on Saturday warned President Muhammadu Buhari not to push Nigeria to a needless civil war with the relaunch of “Operation Crocodile Smile III” in the Niger Delta Region.

The ‎IYC handed down the warning to the President in a statement signed and made available to DAILY POST in Warri.

“IYC will resist any attempt to relaunch this barbaric military drill in Ijaw land.

“We will defend our communities from further invasions by the Nigerian armed forces even if it means to stage a peaceful protest across the length and breadth of Ijaw land in Nigeria,”‎ the group said.
‎

The IYC noted that there was no crisis in the Niger Delta region or the South East that required another Operations Python Dance III and Crocodile Smile III, which it described as “subtle declaration of war” against the regions.

“President Buhari should not push this Country to a needless civil war.

“No amount of Crocodile Smile or Python Dance will cow the southern Nigerians from agitating for restructuring and true federalism.

“For us in the Niger Delta, our lives depend on resource control, true federalism, political autonomy and self-determination.

“We can never be intimidated by Buratai even if he commits genocide with his provocative military exercise”, he vowed.

While pointing out that the Ijaw nation was at the receiving end of military unprovoked invasions through the previous military drills, the IYC said, “thousands of Nigerians are being slaughtered like fowl by the terror herdsmen on a daily basis in the middle belt yet the military has not taken any dance steps to the area.

The IYC said the armed forces didn’t achieve anything in the previous exercises other than to kill innocent people and destroy the peaceful Ijaw communities.

“We cannot forget in a hurry, the barbaric and a commando styled invasions of Ajapa, Safarogbo, Ajakurama, Inikorogha, Letugbene, Oporoza, Kurutie and other Communities in Bayelsa, Edo, Delta and Ondo States by the belligerent Nigerian armed forces in the name of Operations Crocodile Smile I and II.
‎

“Hundreds of Ijaw youths unlawfully arrested during the operations are still being unconstitutionally held incommunicado and have been incarcerated in various detention centres across the Country without even being charged to Court.

“The military in the name of these exercises has inflicted a devastating mayhem on our hearts and left with us an eternal terror of war. Was it not these same exercises that metamorphosed into a looting spree where the military invaded and looted the Ijaw communities to penury?

“The world should know that it was these same exercises that led to the uncivilised and most daring invasion of the revered Gbaramatu Kingdom traditional institution; the Palace and the holy Egbesu shrine which culminated in the looting of the sacred Egbesu sword and other valuable items worth billions of naira”, they alleged.