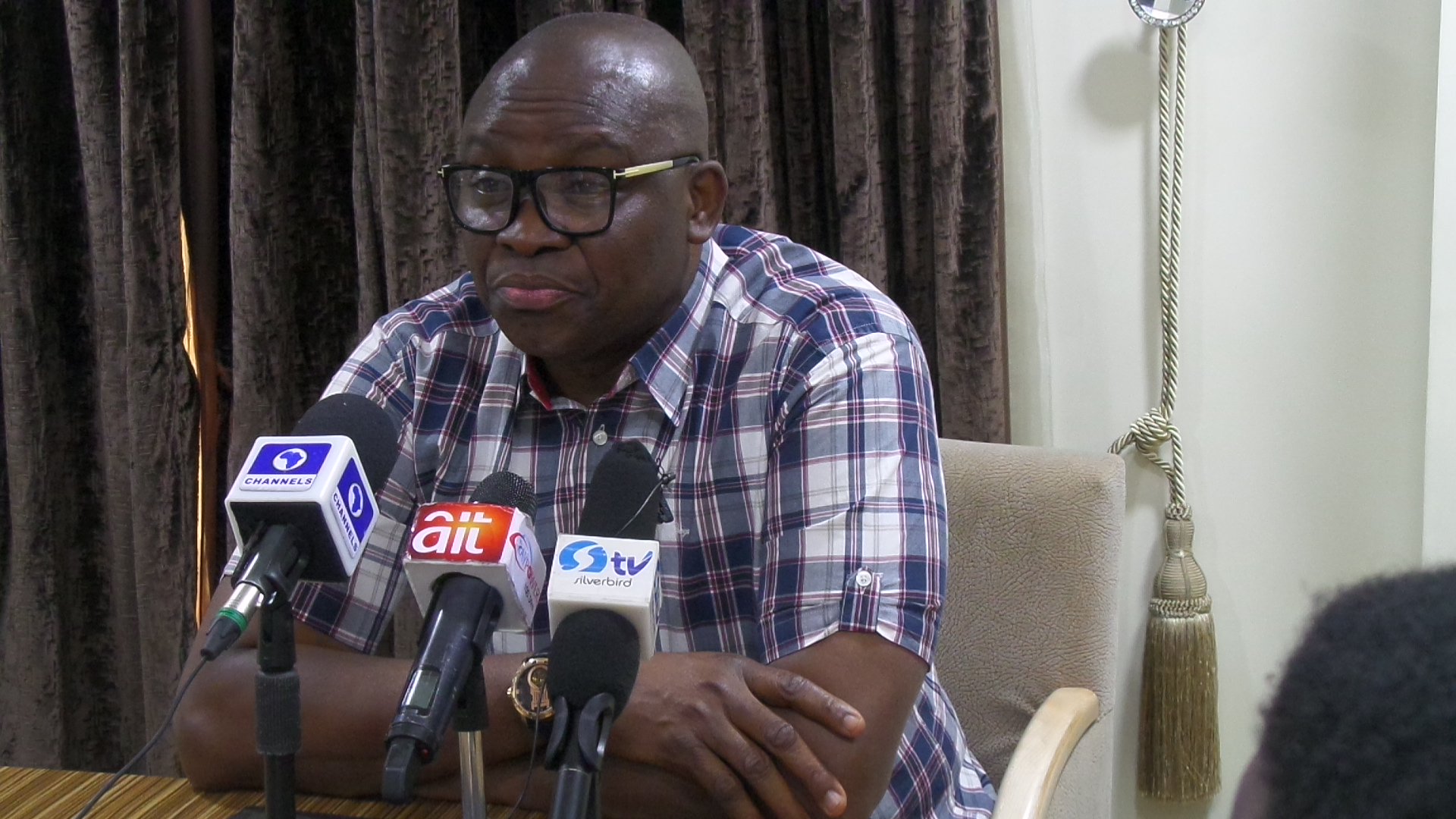 The government advised the former governor to, “take his advocacy for peace to other parts of the country where security of lives and properties of Nigerians is under threat, not Ekiti State that even the Police adjudged as the most peaceful State in the country.”

Kalu, who is acting as the Chairman, Advisory Board for the National Movement for Re-election of President Muhammadu Buhari, has embarked on a tour of the South West purportedly to advocate for peace, fairness and unity of the country with a view to rallying support for the President’s second term bid in 2019.

However, Ekiti State Government, in a statement issued on Saturday, by the Special Assistant to the governor on Public Communications and New Media, Lere Olayinka, said that, “There is no threat to peace and unity of Nigeria from Ekiti State for anyone, including Orji Kalu to address. Therefore, he should not expect to be welcomed to any palace in Ekiti State.”

The government urged traditional rulers in the State to ignore the former Abia State governor, saying; “it is an insult on the collective sensibilities of Ekiti people, whose only benefit from the government of President Buhari is hardship occasioned by the government’s cluelessness for anyone to hide under advocacy for peace to canvass support for the President.”

The government said it was unspeakable that because of his EFCC case, Orji Kalu saddled himself with the task of doing image laundering for a President whose government is inflicting sufferings on Nigerians.

The statement reads further; “If he has sold his own conscience to the agenda of selling an already rejected product to Nigerians, we in Ekiti State have not, and we are telling him categorically that such advocacy is not welcome in our State.

“He should rather take his peace and unity advocacy to his own State, where he is already rejected and other States where Nigerians are being killed on daily basis by armed bandits.