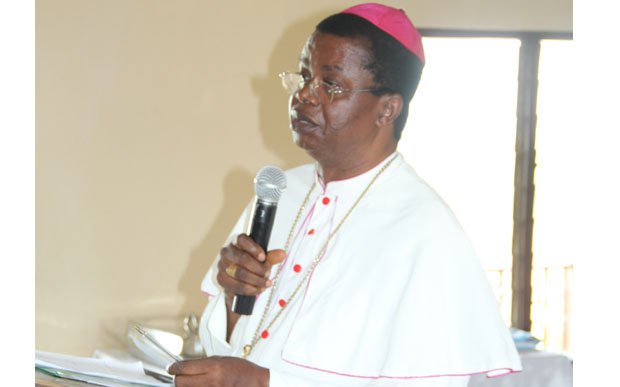 The Catholic Bishop of Awka Diocese, Most Rev. Paulinus Ezeokafor has revealed that he plans to meet with parents of abducted Dapchi girl, Leah Sharibu who refused to convert to Islam on the prompting of Boko Haram terrorists.

Sharibu was among the 110 girls who were kidnapped by the terrorists from their school in Yobe State, but was not among the 104 freed by the sect, over her refusal to dump her Christian faith.

Ezeokafor, who spoke at St Patrick’s Cathedral, Awka, said he hoped to see Leah and her family personally.

He described Leah as a living saint, who had done what most Christian adults would not do.

“She has shown that she was faithful. What she did is what many adult Christians would not do,” he said.

The Bishop charged the federal government and security agents to double their efforts in getting the young girl freed from her abductors.

“If they can release her colleagues, why can’t they release Leah?

“Nigeria is meant for us all. We should always remember that our country is a secular state where Christianity, Islam and other religious beliefs hold sway. therefore, none should be given preferential treatment.

“We are appealing to those still holding this innocent girl to use this Easter period to reunite her with her family members. It also shows that her parents trained her in the ways of God,” Bishop Ezeokafor said.