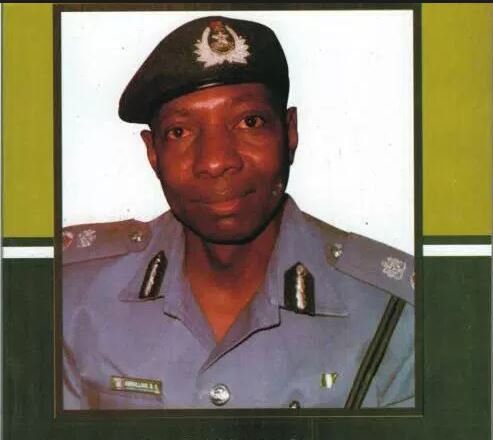 Comptroller Abdullahi Bello Gusau, who was allegedly unlawfully retired, has called on President Muhammadu Buhari to compel the Comptroller General, Col. Hameed Ali (rtd) to comply with the judgment mandating his reinstatement.

The Supreme Court had in its judgment about 12 months ago ordered the Comptroller General of Nigerian Customs Service, NCS, to reinstate him.

But the Customs Public Relations Officer, Mr. Attah, said the only promotable position in customs was comptroller, adding that the CG, DCG were based on appointment, and therefore cannot be invented because of Gusau.

An appointee of Buhari, Ali, the NCS boss, was mandated by judgment of the Supreme Court of Nigeria to reinstate Comptroller Bello Gusau back into the Nigerian Customs Service on grounds that his retirement from the service violated all constitutional procedure and requirements.

Gusau told newsmen that, the Supreme Court, in a copy of the judgment delivered on April 7, 2017, by Justice Ejembi Eko, and made available to newsmen in Kaduna, affirmed Appeal Court’s judgment, including the consequential orders, and mandated the CG to reinstate him together with all the consequential orders of the Supreme Court of Nigeria as contained in the judgement.

The court also made declarations that the purported retirement of the plaintiff (Bello Gusau) by the second defendant (Customs) was unlawful, malicious, irregular and fragrant violation of the plaintiff’s right of employment until the mandatory retirement age.

Supreme court’s 5-man panel of justices, headed by CJN, Walter S.N Onnoghen, also made an order affirming Appeal Court’s judgement and the purported retirement of the plaintiff by 1st and 2nd defendant’s public notice as unlawful.

The court, therefore, ordered the defendant to allow Compt. Gusau to resume work and also maintain his position as Comptroller of customs and be paid all his benefits and emoluments and enjoy his lawful promotions.

It was gathered that the judgement and orders of the Supreme Court of Nigeria were duly served on the CG of Customs on the 10th,13th, and 21st days of April, 2017, respectively, and also acknowledged receipts, but same was not complied with.

Till the time of filing this report, Customs was yet to formalise the reinstatement and promotion of Gusau by way of serving him with reinstatement letter and letter of promotion, and subsequent decoration of his new rank. Similarly, the salary arrears, emoluments and other entitlements have also not been paid to him.

The Attorney General of Federation, AGF, and Minister of Justice, Abubakar Malami (SAN), was also said to have written many letters to the CG advising him to comply with the judgement but he was equally disregarded.

Also, a letter signed by G.T. Afolabi (Esq) of Olugbenga Afolabi & Associates, Counsel and solicitors to the victim, averred that their client was unlawfully retired on 21st December 2009, adding that the whole thing was done in bad faith.

“Our client was unlawfully retired prematurely on 21st December 2009, more than 7 years ago by the former CG of customs, Dikko Indes’ administration, who was arrested by EFCC over allegations of N42 billion fraud, and diversion of public funds of N40 billion from customs coffers, criminal conspiracy, theft, abuse of offices and living above his legitimate means,” the letter explained.