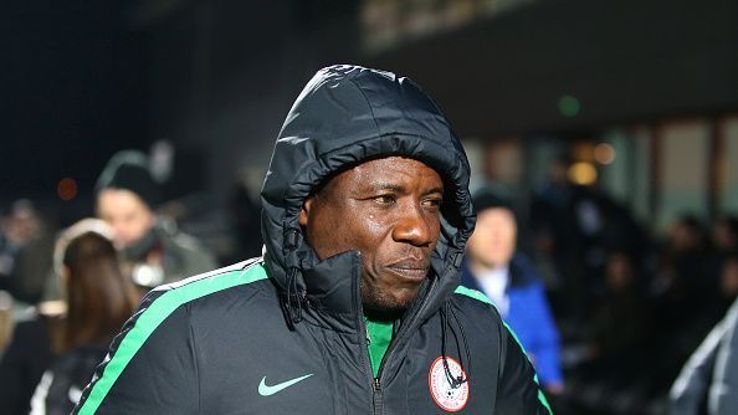 Super Eagles fought hard to defeat Sudan 1-0 in the match played on Wednesday.

The coach, consequently described Okpotu’s performance as below par, saying he, “lost many important balls”.

“To me, this is the worst game by Okpotu since the competition started.

“It is natural at times that you play below your standard but we’ll look up in the next two days to see how we can select.

“But when he was not doing the right thing we had to take him off, definitely even if there was no red card, he lost so many important balls to the opponent.

“You know that the last two games we played he equalised in both games, so I think he deserved to play.

“They really pushed us to the wall especially after we got that red card and we defended very well.

“We tried to be compact in the defence so that we do not give open spaces for them to penetrate.

“And there are also good moments and at the end, we defended well and we won.

“We have lots of injuries but I believe it’s part of football.

Salisu is the first ever coach to take the CHAN Eagles to the final of the championship.