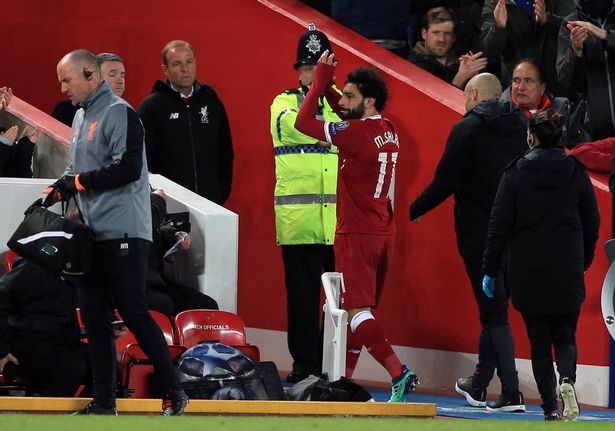 Liverpool manager, Jurgen Klopp has revealed what injured player, Mohamed Salah told him concerning his injury after the stunning 3-0 bashing of Manchester City in the Champions League quarter final first leg on Wednesday.

The Egyptian scored his 38th goal of the season to help Liverpool clinch a 3-0 win at Anfield but hobbled off in the second-half.

He was seen holding his groin before being assessed by the medical team and headed straight down the tunnel.

The 25-year-old later returned to sit with his teammates on the bench.

Liverpool play rivals Everton on Saturday, before travelling to the Etihad for the second leg of their Champions League quarter-final on Tuesday.

Asked whether Salah suffered a groin injury against City, Klopp told BT Sport, “I hope not… he said to me immediately after the game: ‘all fine, all good’.

“I hope that’s the case, we need to wait and hope.”