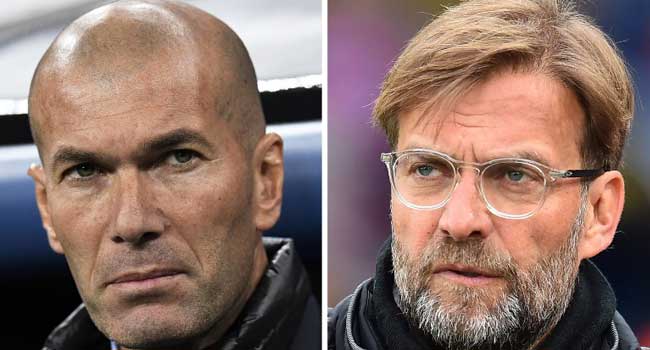 Liverpool manager, Jurgen Klopp, has laughed off talk that both he and his Real Madrid counterpart, Zinedine Zidane, are tactically clueless ahead of Saturday’s Champions League final.

Klopp insisted that Zidane is already a managerial legend and criticism of his abilities was pointless.

“If a lot of people think Zinedine Zidane has not a lot of tactical knowledge, and then people think the same about me, that would be really funny.

“The two managers in the Champions League final have no clue about tactics? What would that say about the game?

“I’m longer in Liverpool than he is at Real Madrid and he can win the Champions League for a third time. That’s never happened before.

“Unfortunately, I have to accept that he is as brilliant as he was as a player. This group of players [at Real Madrid] work like a clock from Switzerland. I saw his team playing a lot of times and it is just fantastic football.

Olisa Metuh, a former National Publicity Secretary of the Peoples Democratic Party, PDP, has pleaded with Nigerians to pray for him over his health. Metuh...
Read more
More

The Nigerian Government has extended the deadline for the linkage of the National Identification Number, NIN, to Subscriber Identity Module, SIM. Isa Pantami, the Minister...
Read more
More

Despite condemnations over the years, the Armed Forces of Nigeria (AFN) continue to pledge loyalty to the sitting President. There was another instance on Thursday...
Read more