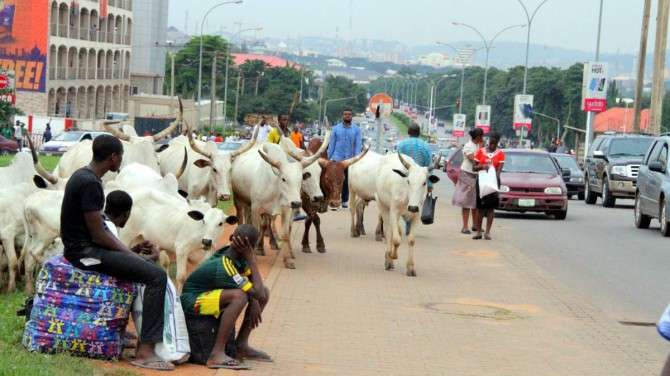 Catholic Bishops of Lagos Ecclesiastical Province say Federal Government’s proposal to establish cattle colonies in all states of the federation is simply not an acceptable solution to the problem of killer herdsmen.

The Province comprise the Archdiocese of Lagos and the Dioceses of Ijebu Ode and Abeokuta.

The Catholic Bishops stated this on Saturday when they rose from their first plenary meeting for the year 2018.

During the meeting held at the McGovern Hall of St. Agnes Catholic Church, Maryland, Lagos State, the Bishops also asked the government to quickly prosecute all those who are in one way or the other implicated in the deadly attacks of Fulani herdsmen.

A communique issued at the end Bishops meeting read in parts: “We join the Catholic Bishops Conference of Nigeria to commiserate with the families and relations of fellow Nigerians who lost their lives re cently in Benue, Adamawa Taraba states and Southern Kaduna as a result of deadly attacks by Fulani herdsmen.

“We also sympathize with our Christian brothers and sisters in those states who, over time, have been subjected to series of unwarranted attacks, persecution and provocation by herdsmen and other similar arms-wielding groups because of their faith.

“We condemn these senseless and arbitrary killings which in recent times leave one with the impression that there is more to it than the acquisition of land for the purpose of cattle grazing.

“We take serious exception to the provocative comments recently attributed to a university don of Fulani extraction to the effect that the People of Benue are a conquered people who have no rights to the land which they presently occupy.

“In the same vein, we reject the proposed move by the Federal Government to establish cattle colonies across the various states of the federation as a way of finding a lasting solution to the herdsmen/farmers clashes.

“Such a move is not only capable of further exacerbating an already tensed atmosphere, but also leave one with the impression that the much-touted Islamization agenda of Nigeria is an ongoing project that may have tacitly received the approval of Mr. President.”