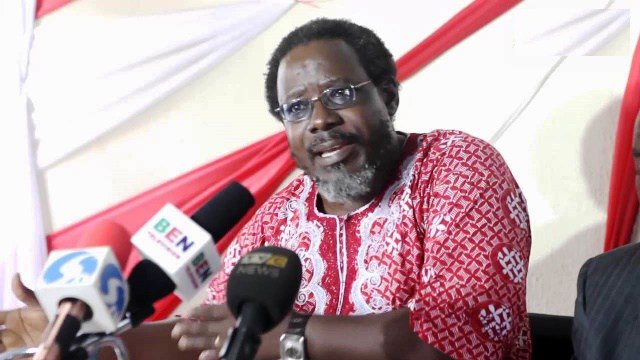 The Centre for Anti-Corruption and Open Leadership, CACOL, has reacted to the approval of $1bn for purchase of military equipment by President Muhammadu Buhari to fight Boko Haram insurgents.

The Minister of Defence, Mansur Dan-Ali, had on Wednesday disclosed the approval of $1 billion for procurement of security equipment to fight insecurity in the country after a three-hour meeting Buhari had with service chiefs and heads of other security agencies.

Debo Adeniran, Executive Chairman, CACOL, while reacting to the development, warned that there should be no price tag when dealing with matters concerning security of life and properties.

According to a statement forwarded to DAILY POST, he said, “The mainstay of the Buhari-led government is hinged on fighting corruption and improving security in the country and it could be said that a lot has been achieved such as the notable gains represented in the release of the Dapchi Girls and the release of some of the previously captured Chibok Girls by Boko Haram insurgents.

“In spite of the imperative of funding the military and other security agencies, we hastens to charge the FG on the manner with which the allocated funds are expended in terms of tracking every single dime to ensure that they are used for the purpose for which they meant. The transparency and accountability of the processes must be impeccable and seen to be above board by best standards.

“The sordid experience in the recent past where the immediate past government diverted funds meant for the fight against insurgency diverted to private pockets remain livid and fresh that such corrupt acts must not re-occur as this is totally unacceptable.

“We want to point out that while many are looking at the amount being released to the military, we still urge that there should be no price tag when dealing with matters concerning security of life and properties. Every Nigerian life matters and it is only fair that the government renders every assistance requisite to keeping this country in peace and harmony.

“Lastly, we state emphatically that the enduring solution to insurgency and other violent crises is the altering of the socioeconomic equation that has put a minute few in abundant undeserved wealth while the vast majority wallows in penury. Governance must fundamentally shift focus to the excruciating socioeconomic existence of the mass of the people as against the subsisting arrangement skewed in the favour of the rich. No matter the hugeness of funds expended, if the conditions of living of the masses remain as precarious as it is, crisis will always erupt in one form or the other.”