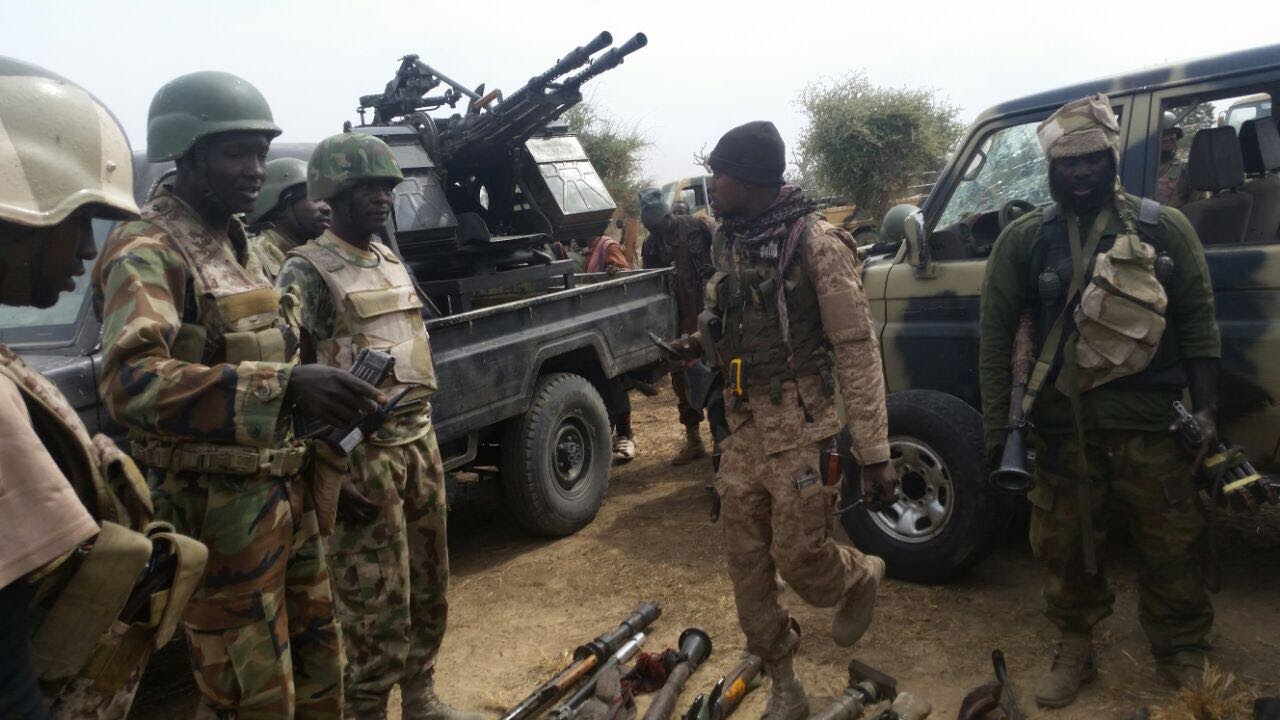 No fewer than 26 members of the Boko Haram sect have surrendered to troops of Operation LAFIYA DOLE in Borno State.

The insurgents, who surrendered from the Damboa general area of southern Borno also submitted their weapons to the troops of Operation Lafiya Dole conducting Operations DEEP PUNCH 2 in the Sambisa forest.

Parading the surrendered insurgents before newsmen, the Theatre Commander, Major General Rogers Nicholas told the insurgents that all Nigerians were delighted to witness their penitence and abandonment of Boko Haram’s hypocritical ideology and futile struggle.

He assured them of adequate safety and subsequent participation in the Federal Government’s deradicalization and rehabilitation program under the auspices of Operation SAFE CORRIDOR adding, that no surrendered insurgents will be harmed by troops of Operation Lafiya Dole.

Gen Nicholas further urged them to call on their contemporaries who are still putting up resistance and fleeing, to reject Boko Haram hypocritical leaders and surrender to troops nearest to their locations.

Colonel Onyema Nwachukwu, Deputy Director Public Relations, Theatre Command Operation Lafiya Dole in a statement quoted some of the surrendered insurgents who interacted with members of the press as saying that the ranks of the Boko Haram insurgents have been severely depleted and fatigued, hence the resort to abandoning the struggle and surrendering.

“They also called on their comrades to turn in themselves to troops of Operation LAFIYA DOLE assuring that no harm will be done to them if they surrender voluntarily.

“The Theatre Commander enjoined members of the press to as a matter of necessity use their various media to counter Boko Haram ideological narratives and indoctrination.”