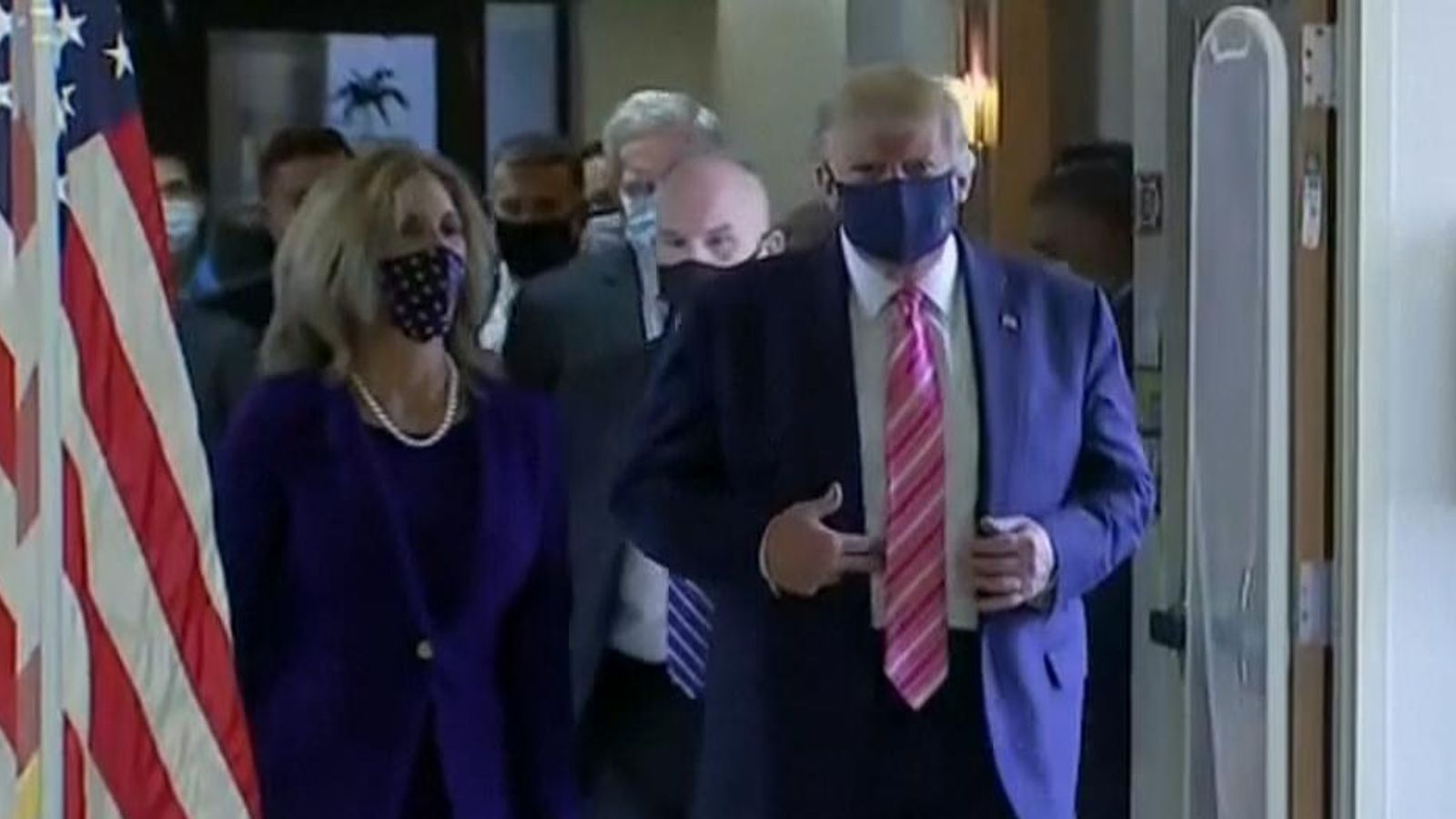 The president has cast his ballot in the US election, telling reporters: “I voted for a guy named Trump.”

After voting in West Palm Beach, Florida, Mr Trump also took the opportunity to attack mail-in ballots – warning that they can never be as secure as voting in person.

Describing his experience at the polling station as “perfect and very strict”, he added: “It was a very secure vote – much more secure than when you send in a ballot, I can tell you that.”

The president said that that he will be holding “three big rallies” today, and claimed: “I hear we’re doing very well in Florida and every place else.”

To secure the White House, winning in Florida is essential.

The state has consistently voted for the victor in every election except one since 1964 – and no Republican has won without the state in almost a century.

With 29 electoral college votes up for grabs, it’s the largest swing state and crucial for gathering the 270 votes needed.

The election will take place on Tuesday 3 November – just under two weeks away.