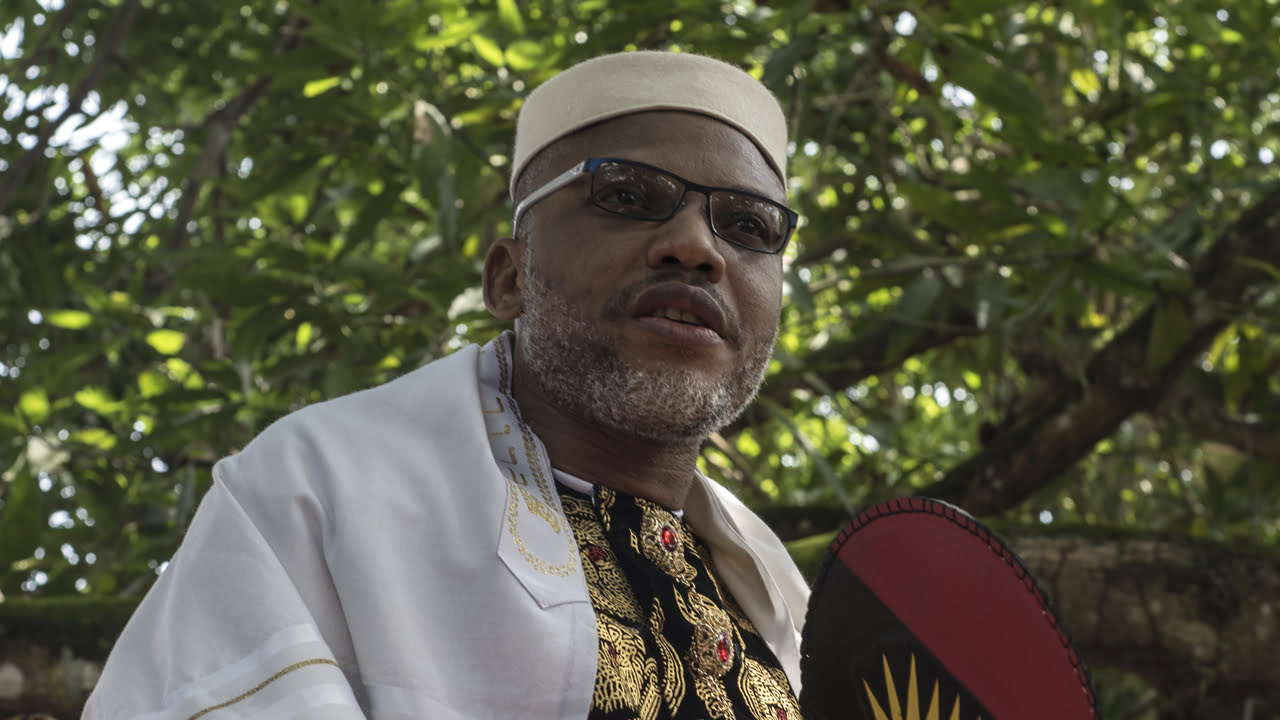 Nnamdi Kanu of the Indigenous People of Biafra, IPOB, has launched a verbal attack and threat on the Governor of Rivers State, Nyesom Wike.

This was after Governor Wike, had on Friday proscribed all activities of the IPOB, in the State.

Wike made the declaration in a statewide broadcast over the recent happenings in Rivers State, where the Police Command reported that IPOB members are responsible for the mayhem in the State.

He stated that his administration had severally pleaded, warned and even advised IPOB and its members to discontinue its insurrectional actions in Rivers State to no avail.

Kanu said if he and his group could face the government of Nigeria, Wike cannot stop their operations.

“If you know Nyesom Wike tell him that I, Mazi Nnamdi Kanu, fight DEMONS not mere thieving mortals like him,” Kanu said.

“If the Satanic British created enclave called Nigeria is crying to the UK Government to save them, who the hell is Wike to challenge God’s project which IPOB is?

“Wike should have regard for the following points as contained in the plea letter Nigeria sent to Britain begging them to help stop IPOB…. Wike you are finished.” He declared.