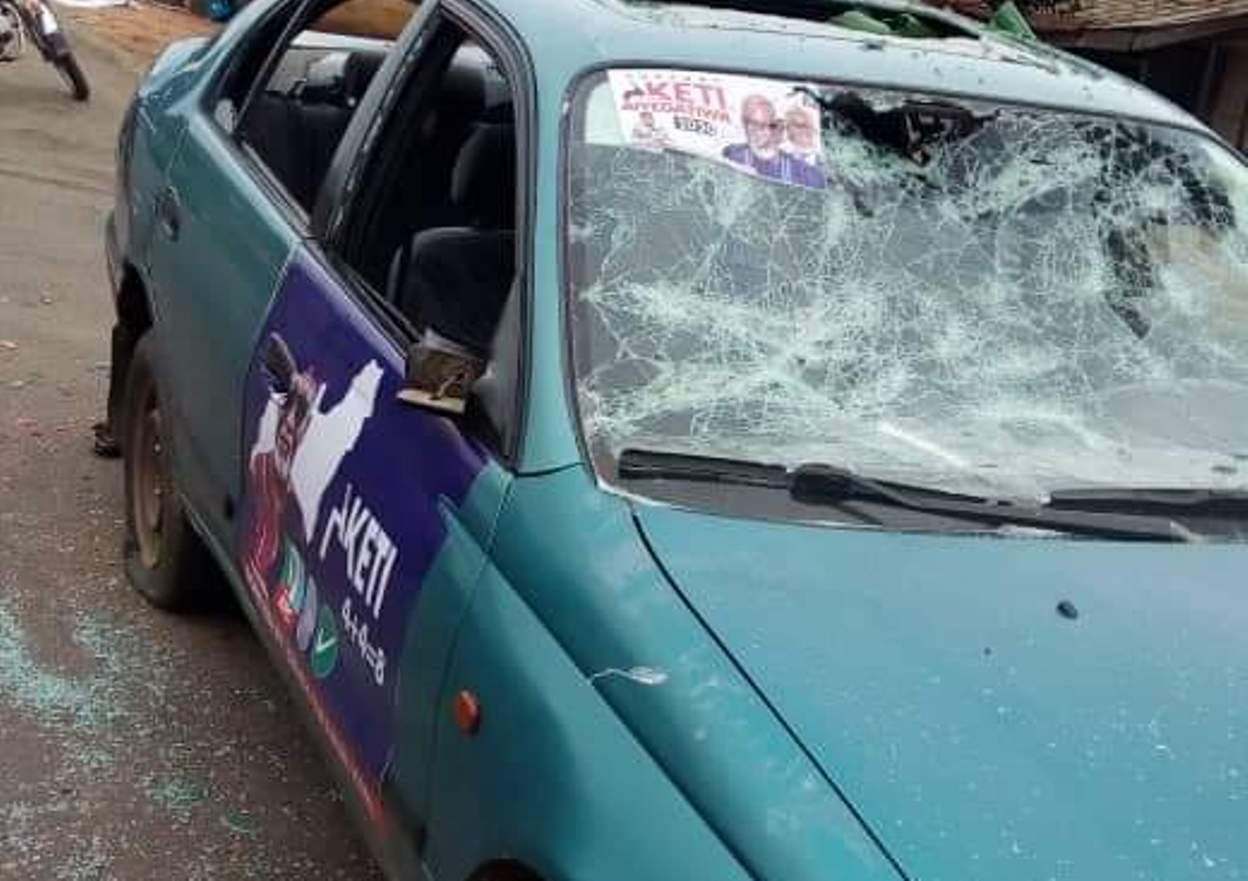 Police detectives in Ondo state command have arrested six suspected political thugs over the violence that erupted in lpele, Owo area of the state.
The state police spokesperson, Tee-Leo Ikoro confirmed the arrest to newsmen in Akure.

Ikoro also said that the Tuesday violent clash was between the supporters of the All Progressives Congress and the Peoples Democratic Party in the state.
No fewer than ten persons were injured while over 20 vehicles and motorcycles were destroyed.
Also, the billboards of the candidates of both parties were allegedly destroyed in the clash. Ikoro said that the six persons arrested allegedly destroyed the billboards of the candidate of the APC, Governor Rotimi Akeredolu in Ipele community.
He pointed out that the command was on the trail of those who allegedly destroyed the PDP billboards and would soon arrest them.
“There was a clash in Ipele and we have begun investigation into the matter because there were allegations and counter-allegations from both parties.
“But we have arrested those who destroyed the APC billboards and we are also trying to get those who destroyed the PDP billboards in the community.”
Meanwhile, the state Commissioner of Police Bolaji Salami has said that the command would not relent in ensuring that the forthcoming election was violence-free.
Salami warned political thugs and supporters of the candidates against causing trouble in the state.
He vowed that the command would deal decisively with anyone caught in the act of violence.