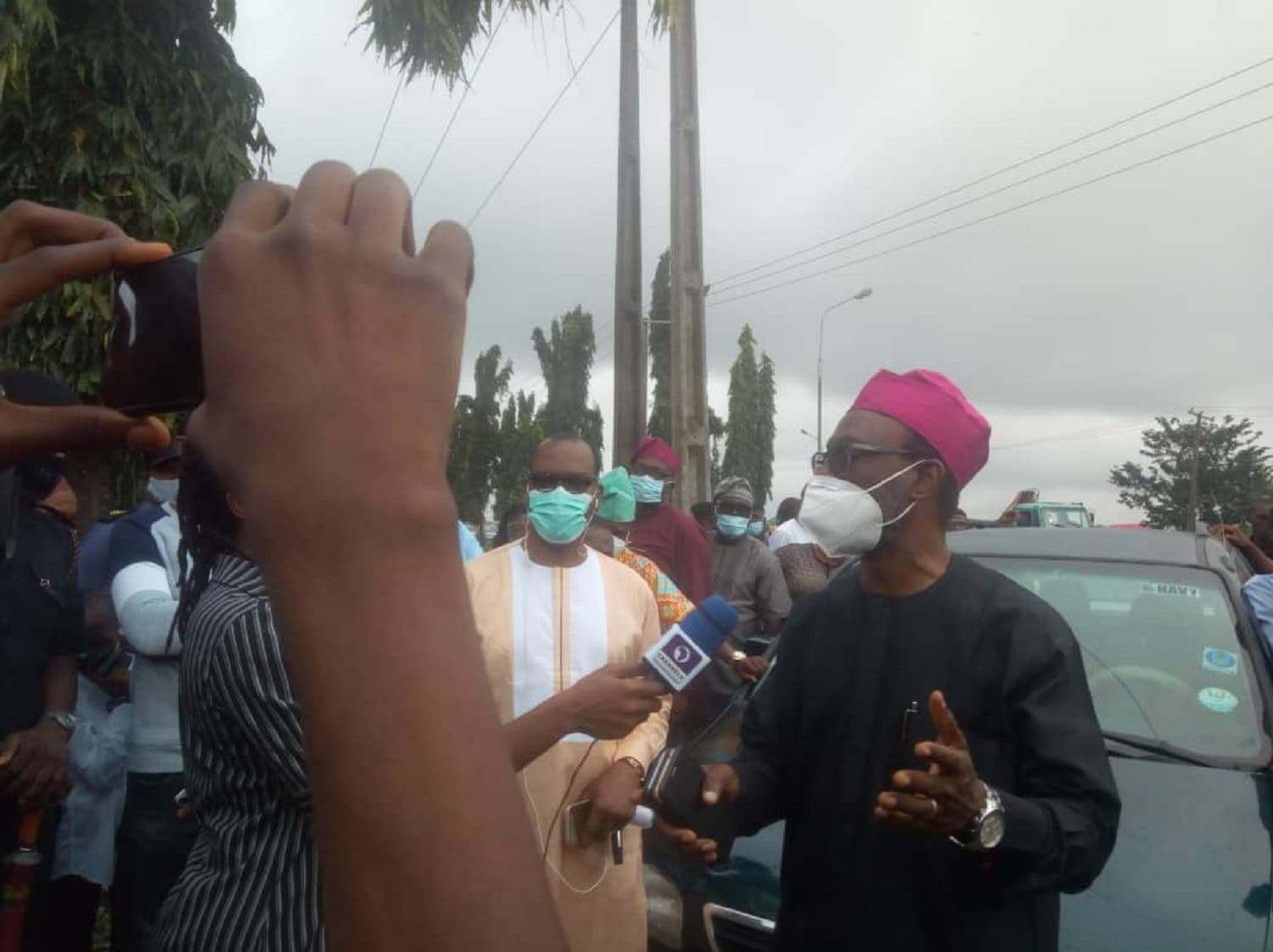 Members of the Senior Staff Association of Nigerian Universities, SSANU and those of the Non-Academic Staff Union, NASU on Monday shut down the main campus of the Lagos State University, LASU, Ojo over the inability of the Lagos State government to pay them the N30,000 monthly minimum wage.

The development led to the lockout of workers and students who were hoping to resume normal academic activities after months of closure due to the COVID-19 pandemic in the country.

All pleas by the Vice-Chancellor, Professor Olanrewaju Fagbohun, SAN, to the workers were not heeded.

Incidentally, the Chairperson of the state council of the Nigeria Labour Congress, NLC, Agnes Sessi, is also a member of SSANU in the university.

The workers were adamant and said they would not allow entry into the campus unless they extract a definite commitment from the state government on when the payment of the new rate would be effected.

Speaking on the development, the Coordinator, Centre for Information, Press and Public Relations, CIPPR, Mr Ademola Adekoya, told our correspondent that the state government was talking with the unions.

“We are hopeful that a settlement will be reached as soon as possible. The unions are discussing with the state government and a truce may be reached before the day runs out,” he said.

Reports from the Lagos State Polytechnic, Ikorodu and the Adeniran Ogunsanya College of Education, Ijanikin, showed that normal academic activities resumed there.

The Public Relations Officer of LASPOTECH, Mr Lanre Kuye, while commenting on the development, said staff and students were going about their normal activities.

Mrs Funmi Makanjuola of ACOED said the students were registering and preparing to conclude their examinations put on hold by the pandemic closure.

She explained that the examinations would start next week.