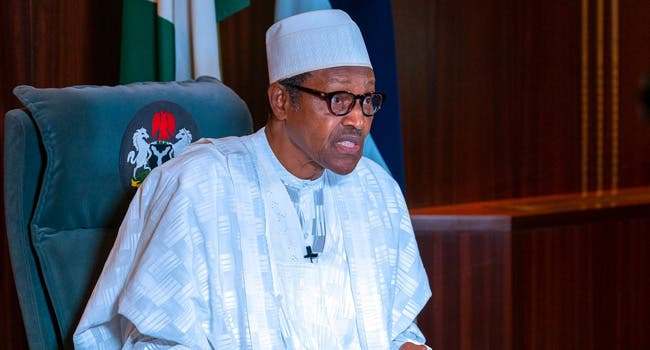 …As Labour plans to protest over fuel, electricity tariff hike

PRESIDENT Muhammadu Buhari on Friday approved a meeting between the Minister of Finance, Budget and National Planning, Dr. Zainab Ahmed, the Minister of Labour and Employment, Senator Chris Ngige and the organized labour.

President Buhari in the approval directed the Minister of Finance as well as all the government institutions that have to do with the finances to present to the organized labour especially those threatening to embark on strike, the books on the state of affairs of the economy as well as the challenges of the federal government.

Saturday Vanguard reliably gathered that the organized labour is planning to embark on strike over the recent increase in petroleum price occasioned by the removal of subsidy and the hike in electricity tariff.

Recall also that the Joint Health Sector Unions and Assembly of Health Care Professionals, JOHESU, the Senior Staff Association of Nigeria Universities, SSANU, the Non-Academic Staff Unions and Associates Institutions, NASU, National Association of Academic Technologists, NAAT, as well as other unions had recently given the Federal Government notice of strike.

The non-teaching staff unions in the universities under the umbrella of Joint Action Committee, JAC, have threatened to proceed on strike immediately schools reopen for academic activities over the inability of the Federal Government to keep to the agreements entered into with the unions.

The Minister of Labour and Employment, Senator Chris Ngige briefed State House correspondent after meeting behind closed doors with President Buhari, at the Presidential Villa, Abuja.

The Minister said he gave the President an update on the strike by National Association of Resident Doctors, NARD, his meeting with health workers who have threatened to embark on strike on September 13 night among others.

NARD, after a marathon meeting with Ngige, who is the nation’s Chief Conciliator on Wednesday, entered into series of agreement the government that culminated in the suspension of the strike.

The doctors had embarked on industrial action on September 7 over government’s inability to meet their demands, including insurance package, payment of the outstanding COVID-19 allowance as well as the payment of medical residency training fund.

Senator Ngige said that the meeting with the organized labour is to hold on Saturday, September 12 in Abuja.

According to him, “The President has approved for us to have a bigger government side meeting with the organized private labour; all the government institutions that have to do with the finances of government so that we meet with them and show them the books.

“So, the invitation is going out to them this afternoon (Friday), the Nigeria Labour Congress, the Trade Union Congress and their affiliates or supporters and friends in the Civil Society Organisations. The meeting is scheduled for tomorrow, so, I will relate more with the Chief of Staff to the President and the leadership of the unions today so that we do this meeting tomorrow.

“At the meeting, government finances, challenges and everything will be laid bare on the table. Their own fears and what they think is also good for the Nigerian people especially the workers, they will also table it so that we look at it.”

He said that the recent hike in electricity tariff was done by the regulatory body based on certain realities confronting the sector.

He said: “The electricity tariff as you know, the Electricity Regulatory Commission approved the increase based on certain electricity band R1 and R2 and even in the R2 band, you have soft bands so that we can protect the rural poor and people who are in the suburbs.

“So, we are going to look at them holistically because we want a stable labour industrial union in the country so the President has been briefed and he is in tune and has given the support to talk to everybody we need to talk to.”

Commenting on the planned strike by the tripartite unions of the non-academic staff unions of universities, the minister said “government is aware of all the government institutions that have to do with the finances of government, that is why we have to meet with them and show them the books. We had already invited them to a meeting, to discuss, so as to address their concerns.

“The tripartite unions of university system including some colleges of education and some hospitals; Non-Academic Staff of Universities, NASU, Senior Staff Association of Nigerian Universities, SSANU, and the National Association of Academic Technologists, NAAT, we have invited them to a meeting, the leadership met with me last week and the major thrust of the challenges they have is on the Integrated Payroll and Personnel Information, IPPIS, system.

“They also claim that some allowances that are peculiar to the university system like responsibility allowance, hazard allowance, field trip allowance and education of children allowance, that the IPPIS has stopped all of them.

“At the government level, we have discussed and we now want to do a special session with them, they come with their facts and the Accountant General will lead his team, the National Salaries and Incomes and Wages will also come and the Ministry of Labour will lead and then we discuss and find out who is treating the other unfairly.”

Ngige denied knowledge of the claim by the non-teaching staff in the universities that they have not been paid the arrears of the consequential adjustment in the new minimum wage.