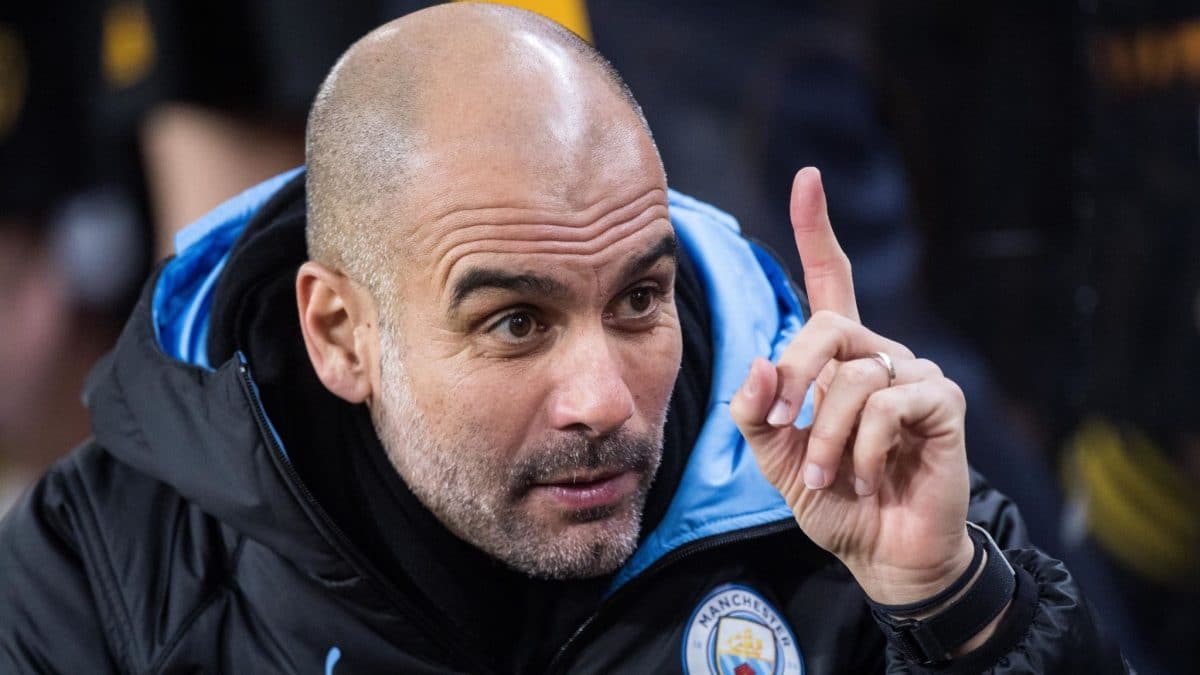 Manchester City boss, Pep Guardiola, refused to complain about VAR’s decision that allowed Lyon’s goal to stand in their 3-1 defeat to the Ligue 1 side.

City have failed to qualify for the semi-final of the Champions League ever since Guardiola took over four years ago.

The Premier League side went into the break a goal down, thanks to Maxwel Cornet’s effort.

In the build up to Dembele’s second, he seemed to foul City defender, Aymeric Laporte.

“I don’t know, I don’t want to talk about those circumstances because sometimes it seems like I’m complaining or looking for excuses.

“We are out, I had the feeling we were incredible already, but we made mistakes in the boxes in the key moments,” Guardiola told BT Sport.

Guardiola also rued Sterling’s incredible open-goal miss, which would have made it 2-2.

“We created more chances, had more shots, we did everything but unfortunately we are out again,” he added.