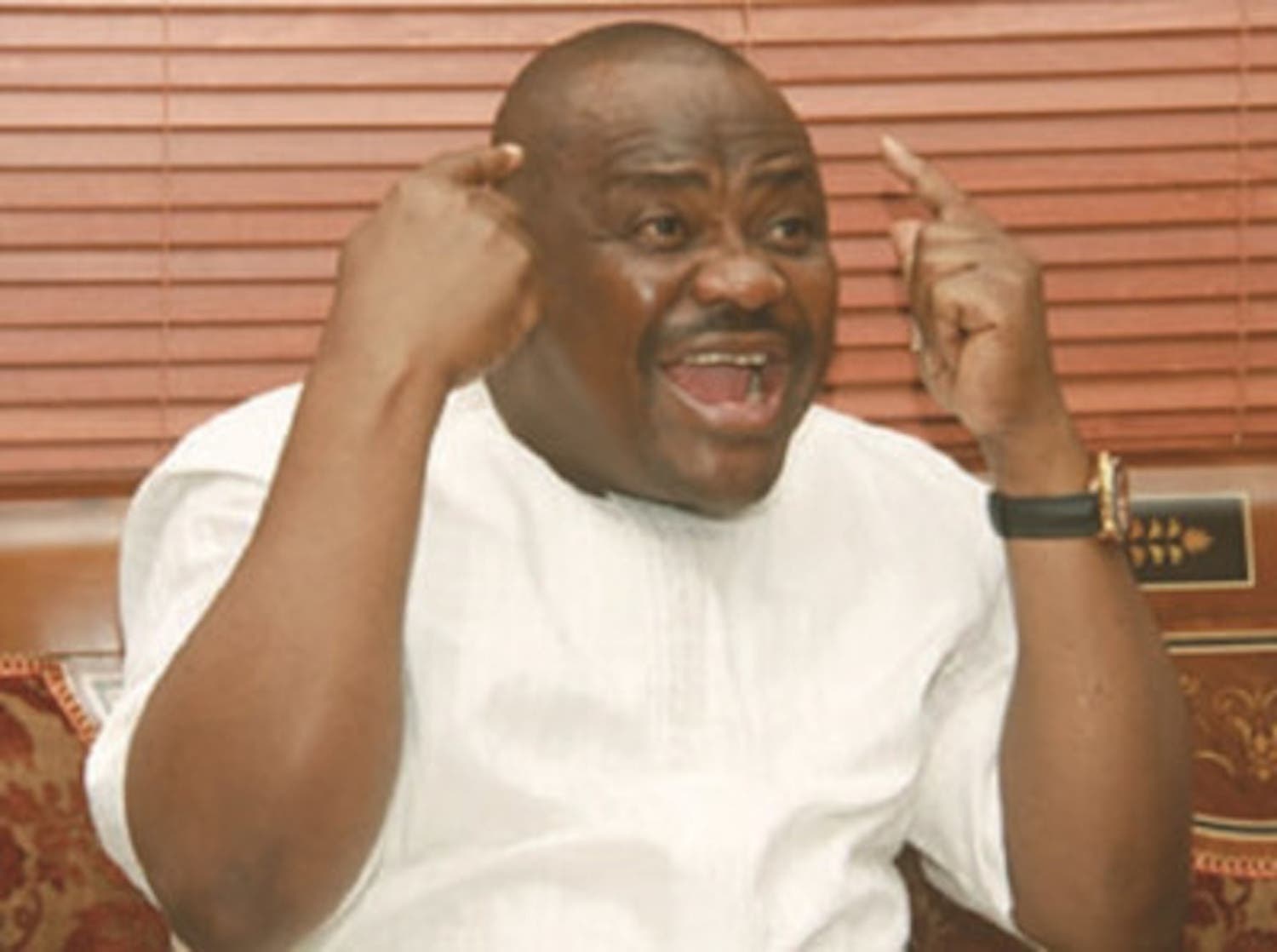 Governor Nyesom Wike of Rivers State on Monday reacted to a statement from the opposition camp, APC, which tagged Edo State Governor, Godwin Obaseki “an ingrate”.

The Chairman of the National Campaign Council of the People’s Democratic Party, PDP, in his reaction said that; “Obaseki is not an ingrate, rather it is Oshiomhole that is fighting him (Obaseki) and his boy Ize-Iyamu that are ingrates.

“Oshiomhole had in 2016 said that Obaseki is the brain box behind his success as a governor. How can he now turn around to say the same person that was behind him as a brain box is now an ingrate.”

Wike further said that APC was not ready for the governorship elections in Edo State, noting that the APC was working to ensure cancellation of the polls by the Independent National Electoral Commission, INEC.

Wike in Port Harcourt, while reacting to issues raised during the Edo State APC campaign last week, stated that APC was only targeting to cause violence in the polls to make INEC stop and cancel the election till November when Obaseki’s tenure would elapse.

The campaign chair while calling on police and other security agencies to use the poll to rebuild their tarnished image said: “We have enough intelligence on what they want to do with the security in the election, but we will scuttle it.

“Police is supposed to use Edo State election to clear their name and regain people’s confidence in them.

“They are not interested in the election so that INEC will stop it and then wait till November when Obaseki’s tenure will end. It is a calculation that they do not want the election to hold because Edo people are tired of the lies from Oshiomhole.”

Wike said Oshiomhole has been decimated at APC national office and that he wants to fall back on Edo State, urging people of the state to resist the perceived third term agenda of the former governor.

Wike, however, stated that it was high time that Nigerians begun to vote people of character and moral standing into power other than those who profess performance.

“Character must be one factor that everybody must consider in this election. It should not be based on performance because anyone can perform in office.

“One thing that should be important in our elections is character and Obaseki has it. Ize Iyamu was charged to court by this APC government for corruption. Now they are saying he has not been proven guilty. There is no fight for corruption anywhere, all we have is witch-hunting.”