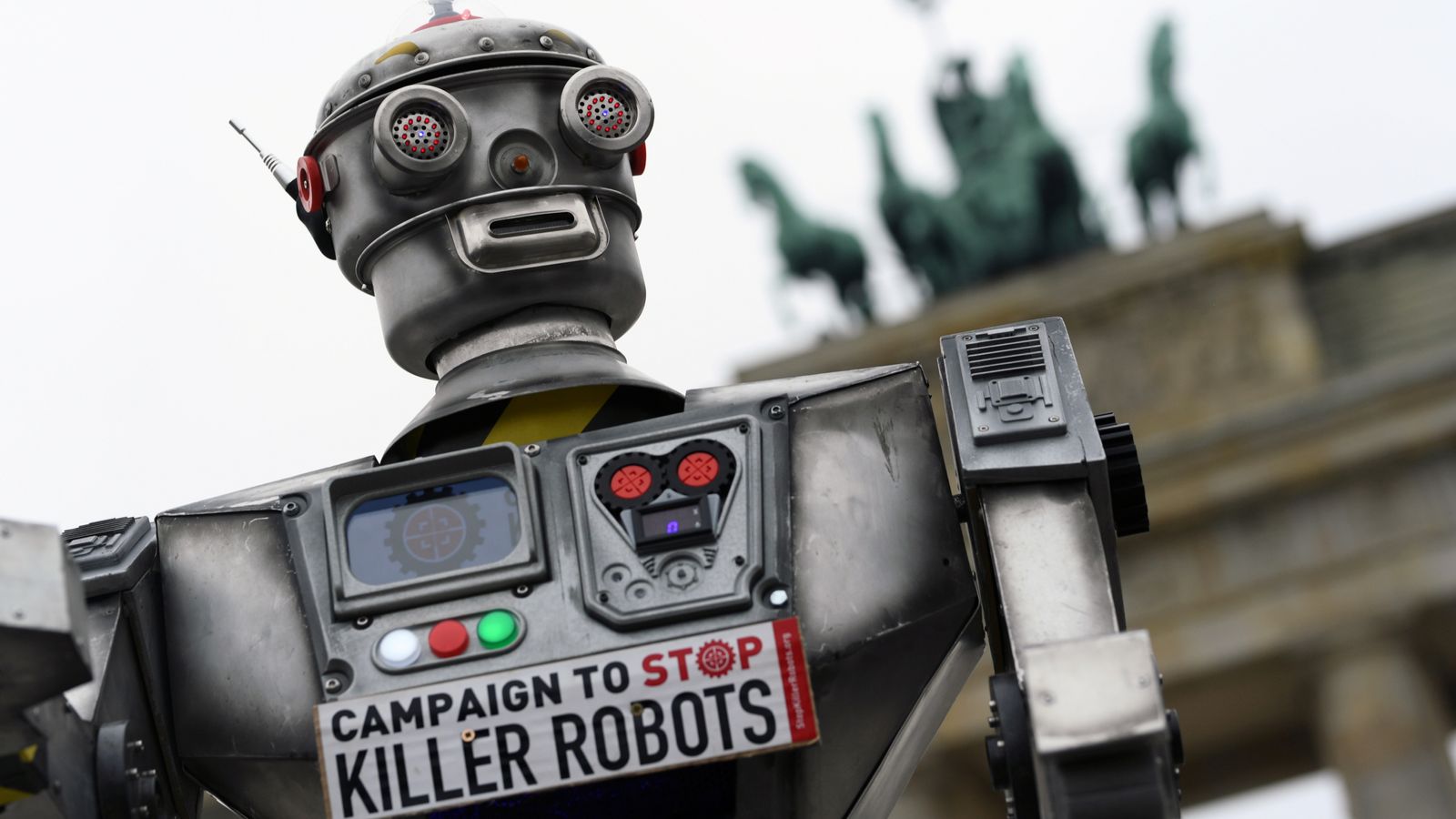 Calls are growing for an international ban on the creation of killer robots, which could pose a “grave threat to humanity”.

An increasing number of countries want action to prevent the development of fully autonomous weapons and to ensure human control is retained, a new report shows.

Research has shown that 30 countries want the introduction of an international treaty over such weapons systems, which would be able to select and engage targets without any meaningful human intervention.

The US and Russia are said to be among a small number of military powers to have “firmly rejected proposals” around the introduction of any regulation.

A report by Human Rights Watch reviewed the policies of 97 countries that have publicly discussed killer robots since 2013.

Although it does not name the UK among the countries calling for an outright ban on autonomous weapons, the report says British policy is that there must always be “human oversight” when using such systems.

However, the research noted the UK is developing weapons with some “autonomous solutions”.

Mary Wareham, of Human Rights Watch and of the Campaign To Stop Killer Robots, said urgent action was needed as technology such as artificial intelligence continues to be developed.

She said: “Removing human control from the use of force is now widely regarded as a grave threat to humanity that, like climate change, deserves urgent multilateral action.

“An international ban treaty is the only effective way to deal with the serious challenges raised by fully autonomous weapons.

“It’s abundantly clear that retaining meaningful human control over the use of force is an ethical imperative, a legal necessity, and a moral obligation.

“Many governments share the same serious concerns over permitting machines to take human life on the battlefield, and their desire for human control provides a sound basis for collective action.

“While the pandemic has delayed diplomacy, it shows the importance of being prepared and responding with urgency to existential threats to humanity, such as killer robots.”

The Campaign To Stop Killer Robots was formed in 2012 and then launched in London the following year. It is a coalition of organisations working to ban fully autonomous weapons.