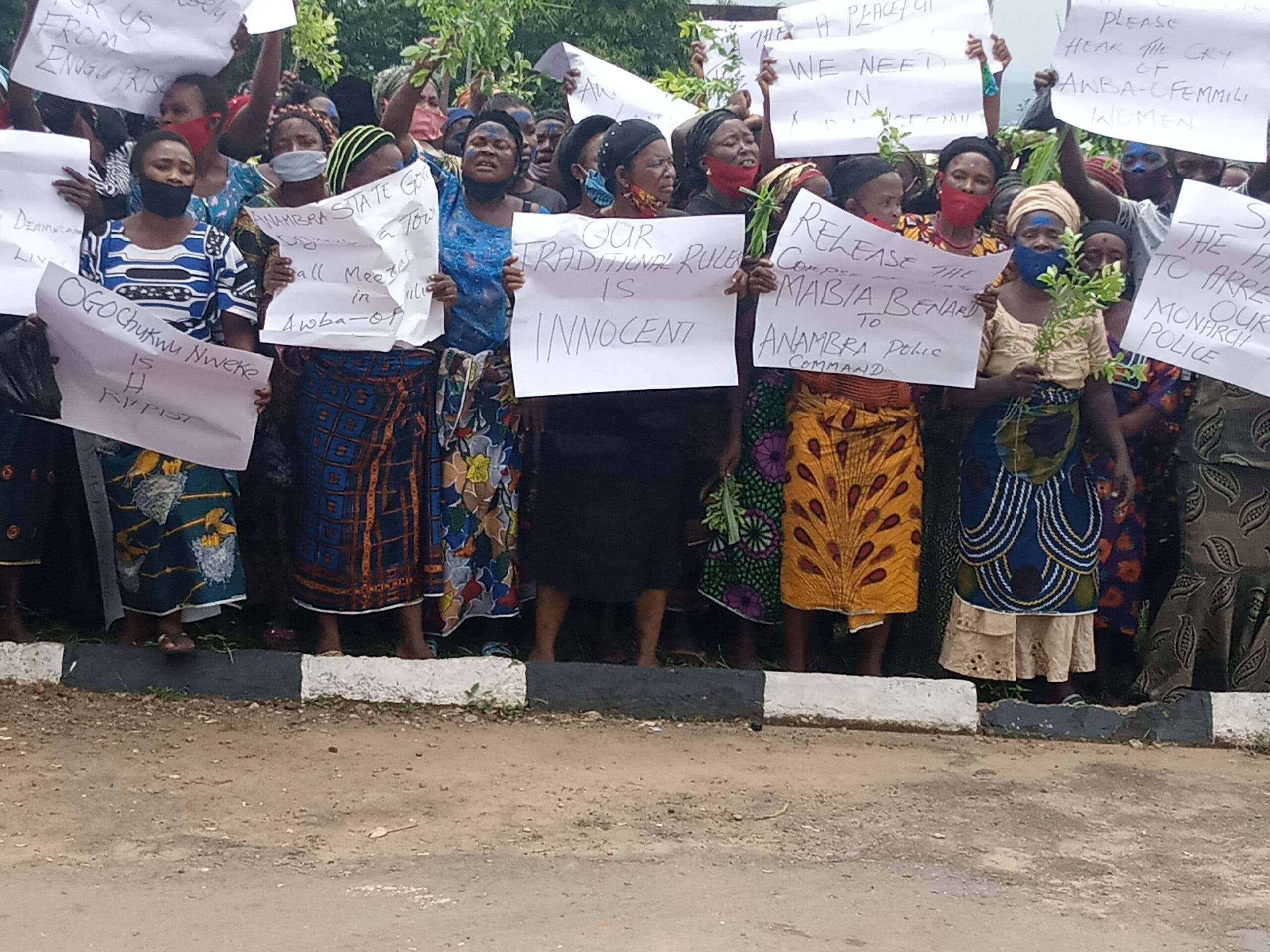 Hundreds of placard–wielding women from Awba Ofemili in Awka North local government area of Anambra State yesterday stormed the Government House, Awka to protest the alleged harassment of their traditional ruler, Igwe Ezekwesili Maduagwuna and the continued border skirmishes between them and their neighbours, Ibite Ollo in Ezeagu local government area of Enugu State.

One person was recently killed during the border clash, while five people from the community were still being detained in a correctional center in Enugu State.

Some of the placards carried by the women read: “Our Monarch has no hand in any killing”, “Awba Ofemili cannot succumb to intimidation”, “Anambra government please save us from our neighbours”, “Release our children being detained in Enugu” and “Some people in our community are enemies of the people.”

Their spokesperson, Mrs. Grace Nwabufor said they decided to come to the Government House because the issue was getting out of hand, adding that as farmers, they were being denied their source of livelihood as security operatives from Enugu State often chased them away from their farms.

She said: “We are overwhelmed by what we are experiencing in our community. For the past four years, we have not known peace because of the land dispute between us and Ibite Ollo in Enugu State.

“The deputy governors of the two states who are in charge of their boundary commissions decided that we should continue to farm on our end until a proper demarcation of the boundaries of the two states, but we are chased away anytime we go to the farm.

“Sometime this year while we were in the farm, they came with guns and in their attempt to chase us out, killed one person. Since then, the entire community, including our traditional ruler, is being harassed by police from Enugu State such that the Monarch has gone into hiding.

“That is why we have come to complain to Governor Willie Obiano to come to our rescue before our neighbours wipe us out. Since Enugu State government is on the side of our neighbours on this matter, we expect our governor to also support us.

Our governor should help us by ensuring the release of our children who are being detained in correctional centres in Enugu over the boundary issue.

“Because of this crisis, we can no longer feed ourselves as we cannot enter our farm lands. After both communities were asked to farm on their sides, our neighbours of Ibite Ollo chased us out of the farms and wounded many people in the process.”