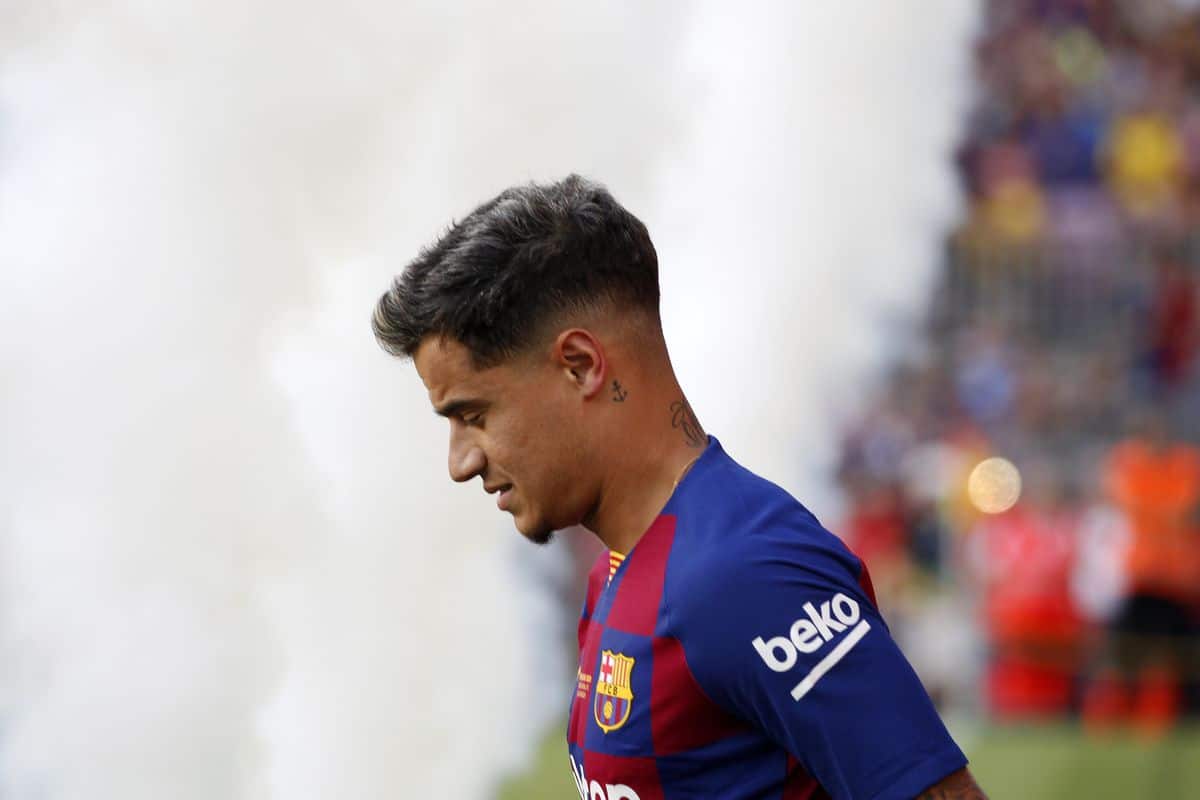 Barcelona playmaker, Philippe Coutinho, is set to join Arsenal on loan this summer.
According to Spanish newspaper, Sport, Arsenal’s loan pursuit of Coutinho is at an ‘advanced’ stage after Barcelona have so far failed to find a club that will sign the midfielder permanently.
Coutinho’s agent, Kia Joorabchian, has been working on securing a move to Arsenal for his client.
Joorabchian has a close relationship with members of the Arsenal hierarchy, including Raul Sanllehi, the head of football who is leading negotiations for a deal to sign Coutinho this summer transfer window.
Joorabchian has an ever-growing influence at the North London club having already brought David Luiz and Cedric Soares to Emirates, while also looking to get another one of his clients, Willian, over the line from Chelsea.
DAILY POST recalls that Arsenal manager, Mikel Arteta, is a huge admirer of Coutinho.
Coutinho has drawn the interest of Arsenal in the past.
The 28-year-old joined Barcelona in January 2018 from Liverpool for £145 million deal.
The Brazilian international spent the 2019/20 season on loan at Bayern Munich and helped the German side to win the domestic league and cup double.
He scored 9 goals and registered 8 assists in 34 appearances for Bayern.
Related Topics:aArsenalbarcelonacoutinho