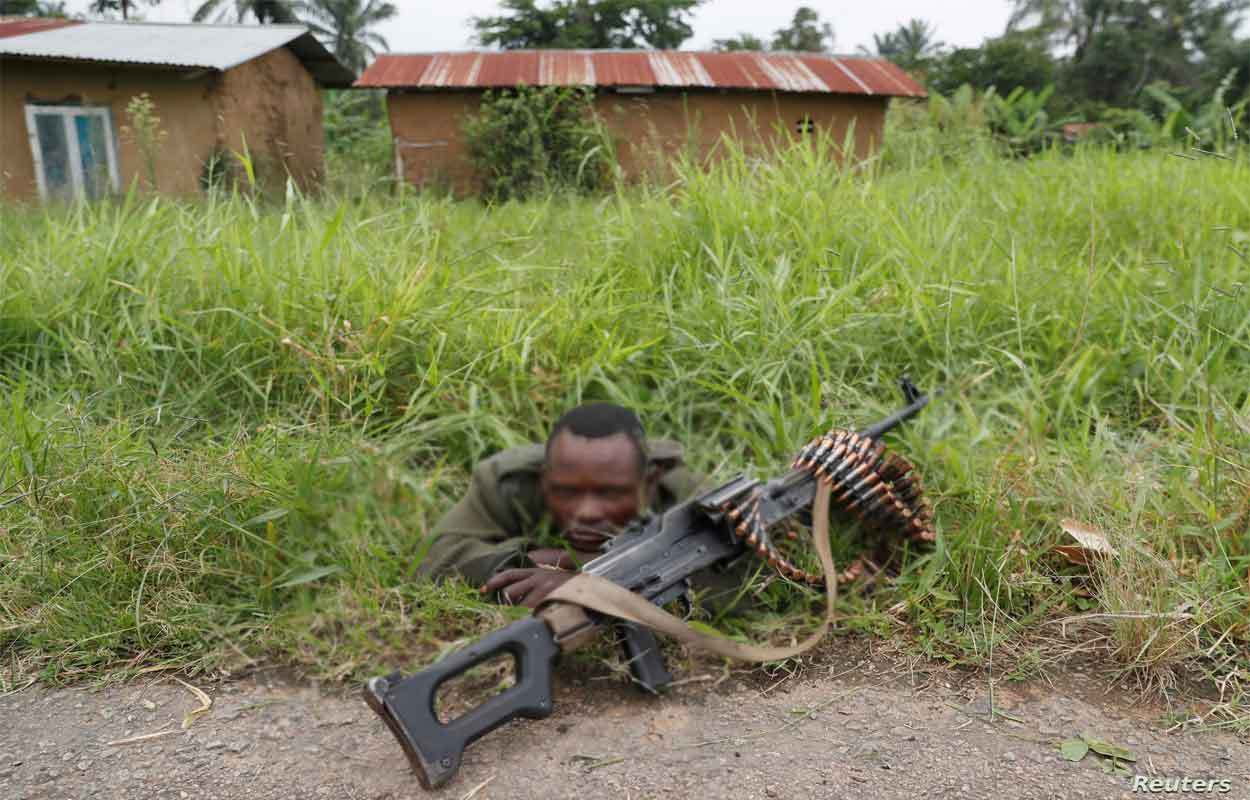 A drunken soldier in the Democratic Republic of Congo’s (DR Congo) troubled east opened fire on passers-by, killing at least 13 people including a two-year-old girl and seven women, sources said on Friday.

The murders incensed locals who laid out the victims’ shrouded bodies.

Youths built a big fire nearby and a local leader vilified the army and demanded that its troops and a UN force stationed in the district pull out.

Shocked relatives of the victims drifted around as they tried to make sense of the tragedy.

The incident happened late Thursday at Sange, in the territory of Uvira in South Kivu province, the sources said.

“The person responsible is a drunken member of the FARDC (DR Congo armed forces) who opened fire on at least 20 civilians who crossed his path,” a prosecutor in Uvira said.

Captain Dieudonne Kasereka, an army spokesman, said the soldier was “in a state of drunkenness and shot 13 people who died, and wounded nine others”.

The gunman was still armed and on the run, Kasereka added.

“An army delegation and a UN team is in the area to calm the population, which is demonstrating against the army,” he said.

They also displayed the 12 bodies, wrapped in funeral shrouds, at a busy crossroads, blocking traffic, several witnesses told AFP, but removed them later following talks between district representatives and civilian and military officials.

Ndaburwa Rukalisa, a local leader in Sange, said the soldier was a member of the locally based 122nd Battalion of the FARDC.

A judicial source said that a two-year-old girl was among those who were shot dead.

Local leader Bernard Kadodo said “we can’t understand the lax attitude of the army and (UN) Blue Helmets in Sange.

“The battalion has to pull out of Sange quickly. We want the UN mission to leave the city too.”

The highway connects Uvira, the province’s second-largest town, with the border with Burundi.

It has been rocked by unrest for around 25 years and has recently seen an increase in ethnic violence.