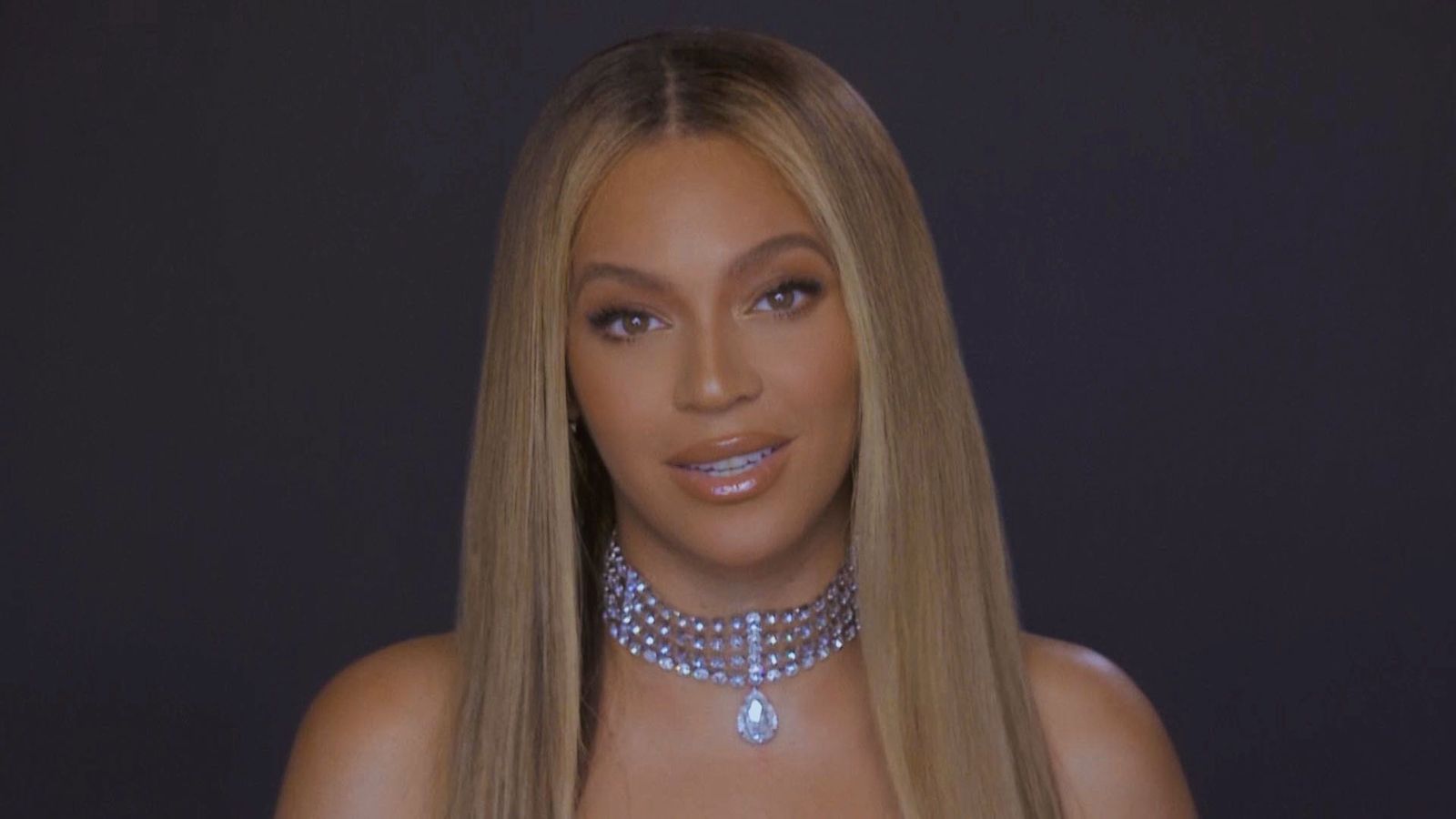 Beyonce has called on fans to “dismantle a racist and unequal system” by getting out and voting, as she was honoured at this year’s BET Awards.

Accepting the humanitarian of the year prize from former first lady Michelle Obama, the 38-year-old star said now was the time to take action.

The Black Entertainment Television Awards celebrate the success of black artists within the entertainment industry.

In her acceptance speech, delivered via video link, Beyonce praised protesters who took to the streets following the killing of George Floyd in Minneapolis in March.

His death invigorated the Black Lives Matter movement across America and the world.

Beyonce looked ahead to the US presidential election at the end of the year, saying: “Now we have one more thing we need to do to walk in our true power, and that is to vote. I’m encouraging you to continue to take action.

“Continue to change and dismantle a racist and unequal system. We have to continue to do this together, continue to fight for each other and lift each other up because there are people banking on us.

“We have to vote like our life depends on it, because it does.”

Beyonce also made reference to Breonna Taylor, a nurse’s assistant who was shot dead by police in her home in Louisville, Kentucky, in March.

Mrs Obama praised Beyonce for her activism, calling her an “inspiration” to the next generation.

The show went out live for the first time in its 20-year history, airing on mainstream US channel CBS. It was made up of virtual acceptance speeches and pre-recorded performances due to social distancing measures.

Breakthrough rapper Roddy Ricch won album of the year for his debut collection Please Excuse Me For Being Antisocial, as well as best new artist.

Gymnast Simone Biles and basketball star LeBron James were named sportswoman and man of the year.

Music video of the year was awarded to DJ Khaled, John Legend and the late Nipsey Hussle.

The in-memoriam segment of the ceremony featured basketball star Kobe Bryant, who was killed in a helicopter crash in January, and rock and roll pioneer Little Richard, who died in May.