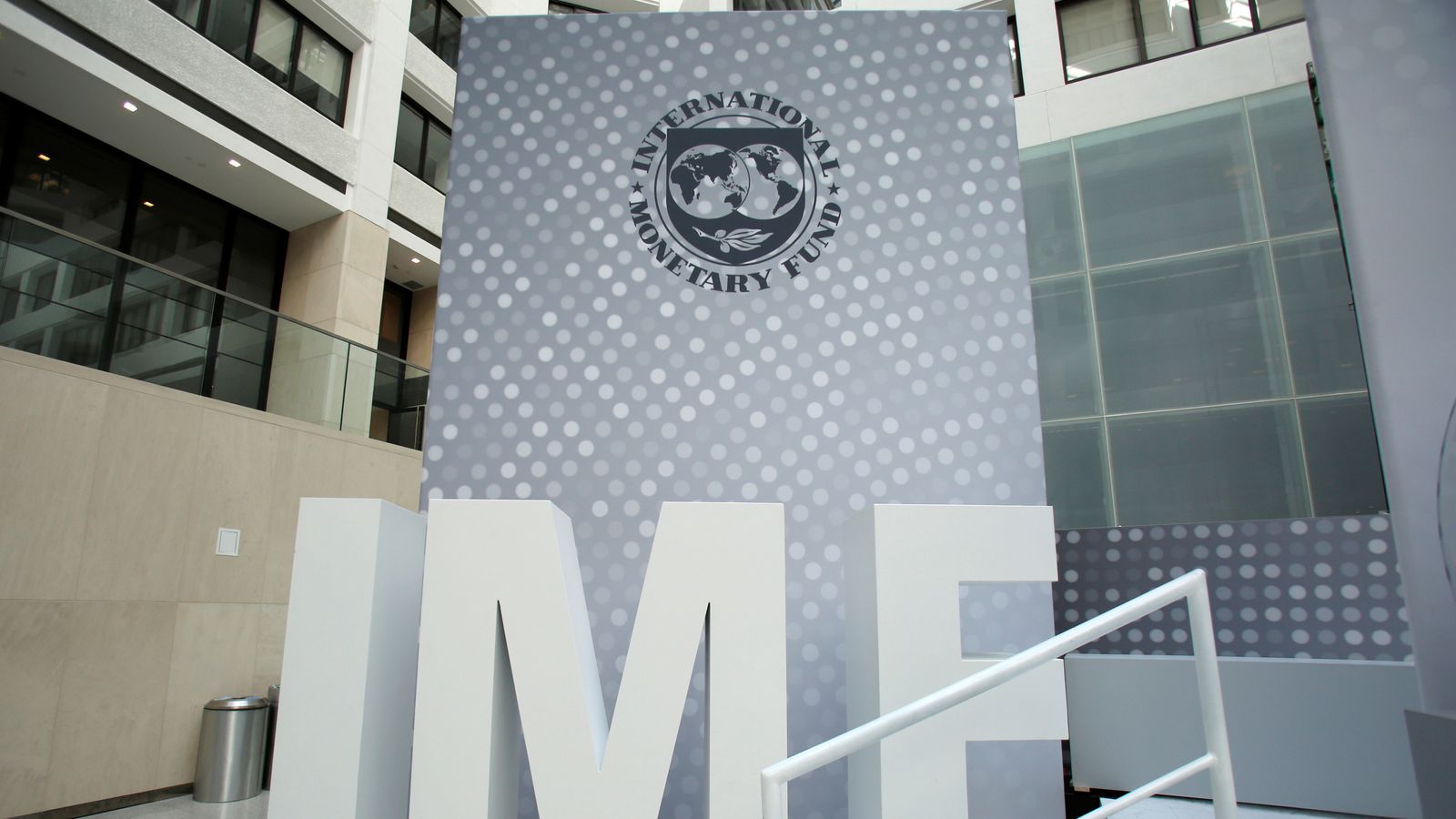 The global economic fall-out from the coronavirus pandemic is likely to be even worse than first thought according to updated forecasts by the International Monetary Fund.
It said that the impact had been “more negative… than anticipated” so far and recovery looked set to be slower.
The IMF had previously warned in April that the pandemic would precipitate the biggest global recession since the Great Depression, with global GDP shrinking by 3% in 2020.
It now sees a 4.9% decline for the year and global growth for next year at 5.4%, down from a previous estimate of 5.8%.
The impact of the downturn on low-income households will be “particularly acute”, the IMF said.
It forecasts that developed economies will suffer deeper recessions than developing countries, with European nations including the UK that suffered high COVID-19 death tolls among those set for the sharpest contractions.
The UK economy is forecast to shrink by 10.2% this year before growing 6.3% in 2021.
Spain and Italy are both predicted to contract by 12.8% before bouncing back by 6.3% in 2021.
France’s economy will shrink by 12.5% before a 7.3% rebound, with Germany among the least-badly affected, shrinking by 7.8% before growing 5.4% in 2021, the report suggests.
The IMF’s forecast for the UK is less severe than the Bank of England’s warning in May of a 14% contraction this year.

China, which locked down first and sharply after the emergence of the virus in Wuhan and has largely re-opened its economy by April, is forecast to grow by 1% in 2020, before accelerating to 8.2% next year.
The IMF’s forecast appears to dash hopes of a rapid ‘V-shaped” recovery, with its figures charting a Nike “swoosh” arc of rapid decline followed by slower, tapering recovery.
Describing the pandemic as “a crisis like no other” , the IMF says the simultaneous drop in demand and interruption to supply has created “unique” circumstances.

It also suggests that those countries that have struggled to control infection rates and thus require longer lockdown periods will be the most badly affected economically.
“In most recessions, consumers dig into their savings or rely on social safety nets and family support to smooth spending, and consumption is affected relatively less than investment.
“But this time, consumption and services output have also dropped markedly,” it states.
“The pattern reflects a unique combination of factors: voluntary social distancing, lockdowns needed to slow transmission and allow health care systems to handle rapidly rising caseloads, steep income losses, and weaker consumer confidence.
“Firms have also cut back on investment when faced with precipitous demand declines, supply interruptions, and uncertain future earnings prospects.”
The report endorses the sort of financial interventions seen in the UK, including support to protect household budgets from the impact of businesses being locked down, and the gradual withdrawal of support to mirror the slow return of demand.

The IMF also calls for targeted government stimulus to help cushion the likely decline of sectors that could be permanently diminished after the pandemic.
The scale of the lockdown’s impact on employment is illustrated by analysis cited in the report showing the global decline in work hours in the second quarter of 2020 is likely to be equivalent to more than 300 million full-time jobs.
Elsewhere in the report, the IMF says it wants to see more co-ordinated international effort to help poorer nations tackle the virus including debt relief, and an easing of “trade and technology tensions” that it says “endanger an eventual recovery from COVID-19” – a likely reference to the US-China stand-off.
The report also touches on what could become an unexpected positive outcome to the crisis, calling on policymakers to press ahead with climate change mitigation policies in order to build on the record, but likely temporary, drop in greenhouse emissions in the last four months.
It also emphasises the importance of health care systems being adequately resourced, including in those countries “that have seemingly passed peaks in infections”.
The report adds: “The international community must vastly step up its support of national initiatives, including through financial assistance to countries with limited health care capacity and channelling of funding for vaccine production as trials advance, so that adequate, affordable doses are quickly available to all countries.”