The Sokoto State Government has announced the passing of Governor Aminu Tambuwal‘s uncle, Shiekh Haruna Waziri Usman, at the age of 96.

The state government announced Usman’s death in a statement by the Special Adviser on Media and Publicity to the governor, Muhammad Bello, on Thursday. 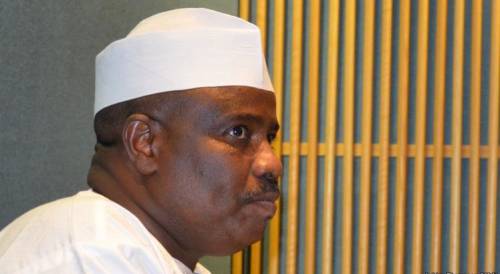 The statement reads, “Governor Aminu Waziri Tambuwal of Sokoto State with total submission to the will of Allah SWT, announces the passing away of his uncle, Shiekh Haruna Waziri Usman.

“Sheikh Haruna died in his hometown of Tambuwal at the age of 96 on Thursday.

“Governor Tambuwal while praying to Allah to forgive and grant him Jannatul Firdaus, appealed to the people of the state to intensify prayers for all those who departed no matter where they hailed from.

“He also prayed to Allah to heal all those in the state and beyond afflicted by any form of ailment.”