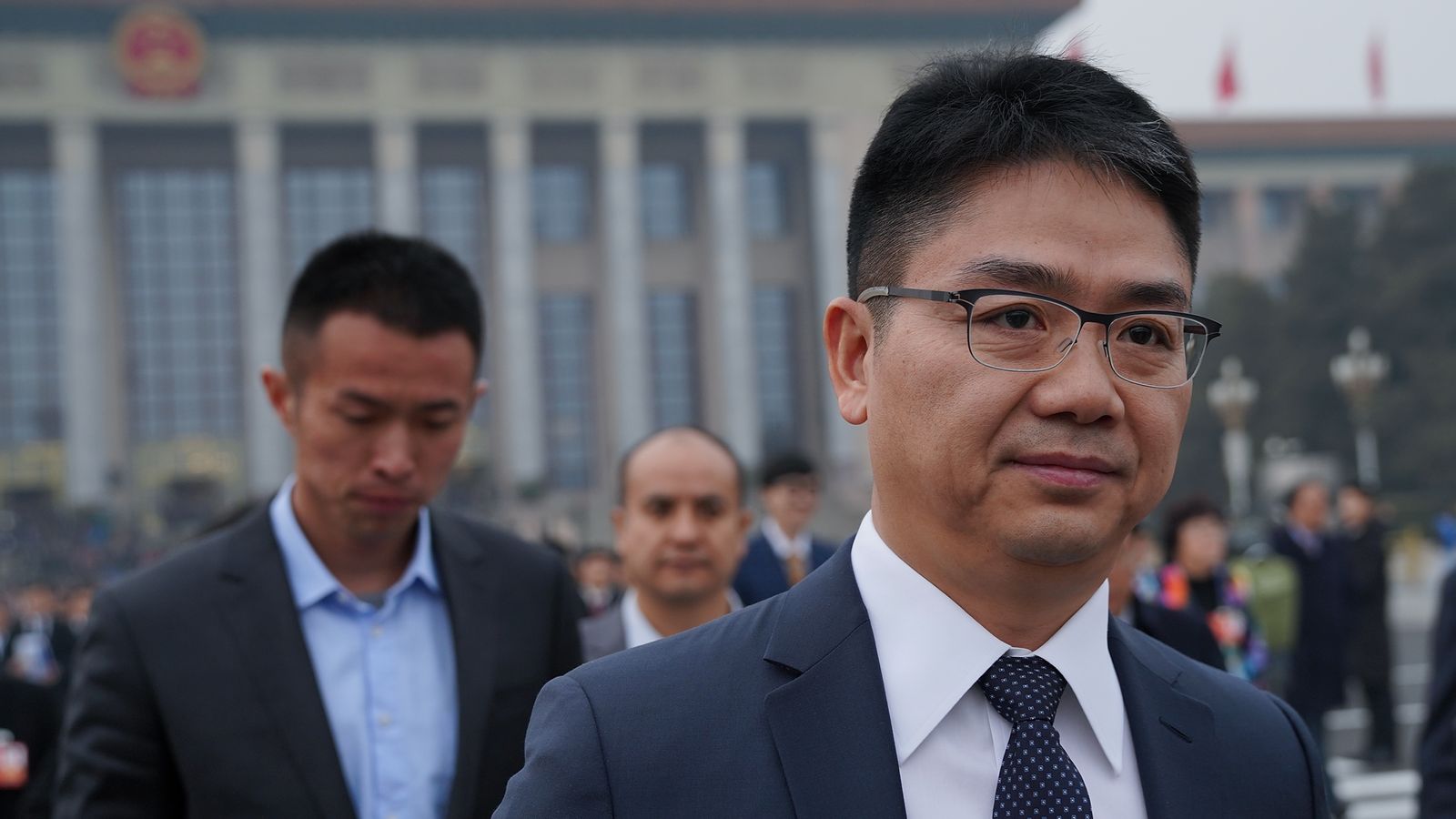 The founder of JD.com, China’s biggest retailer, is donating millions of items of medical equipment to the NHS as some prominent Chinese companies see the coronavirus pandemic as a way to burnish their reputations in key export markets.
Sky News has learnt that Richard Liu and his wife Nancy have been in discussions with the government and NHS executives about a shipment comprising 50 ventilators, five million medical masks and 600,000 pairs of surgical gloves, medical safety goggles and protective gowns.
The equipment is scheduled to arrive in the UK next week.
One source said that Lord Feldman, the former Conservative Party chairman, had been drafted in by the health secretary, Matt Hancock, to coordinate private sector offers of donations.
The donation by the JD.com billionaire comes as the government continues to face pressure over the lack of personal protective equipment (PPE) available to frontline NHS staff.
Ministers have been fiercely criticised over complaints of doctors and nurses being forced to wear makeshift gear as they seek to treat patients who have been infected with COVID-19.
Earlier this week, Huawei, the Chinese telecoms equipment manufacturer which has been at the centre of a row about its role in Britain’s 5G network, donated millions of face masks to the NHS.

Some of China’s biggest corporate names are turning their attention to securing scarce supplies as a means of demonstrating ‘soft power’ to help struggling health authorities in western markets.
That may be partly motivated by the fomenting international anger over China’s perceived role in handling the original outbreak of the virus in Wuhan.
Politicians including the former Conservative leader Sir Iain Duncan Smith have urged the government to rethink its relationship with Beijing.
“As a result of Beijing’s cover-up and delay, global health experts are convinced the rest of the world had insufficient time to prepare for the pandemic, which means the effect of the outbreak has most likely been worse,” Sir Iain wrote in last weekend’s Mail on Sunday.
Although its name may be unfamiliar to many British consumers, JD.com is a behemoth in the global retail sector.
Founded in 1998 as a physical store in Beijing, the company listed on New York’s Nasdaq exchange in 2014.
It now has a market value of almost $59bn (£47.7bn), and counts Walmart and Google among its investors.
JD.com could not be reached for comment on Friday.