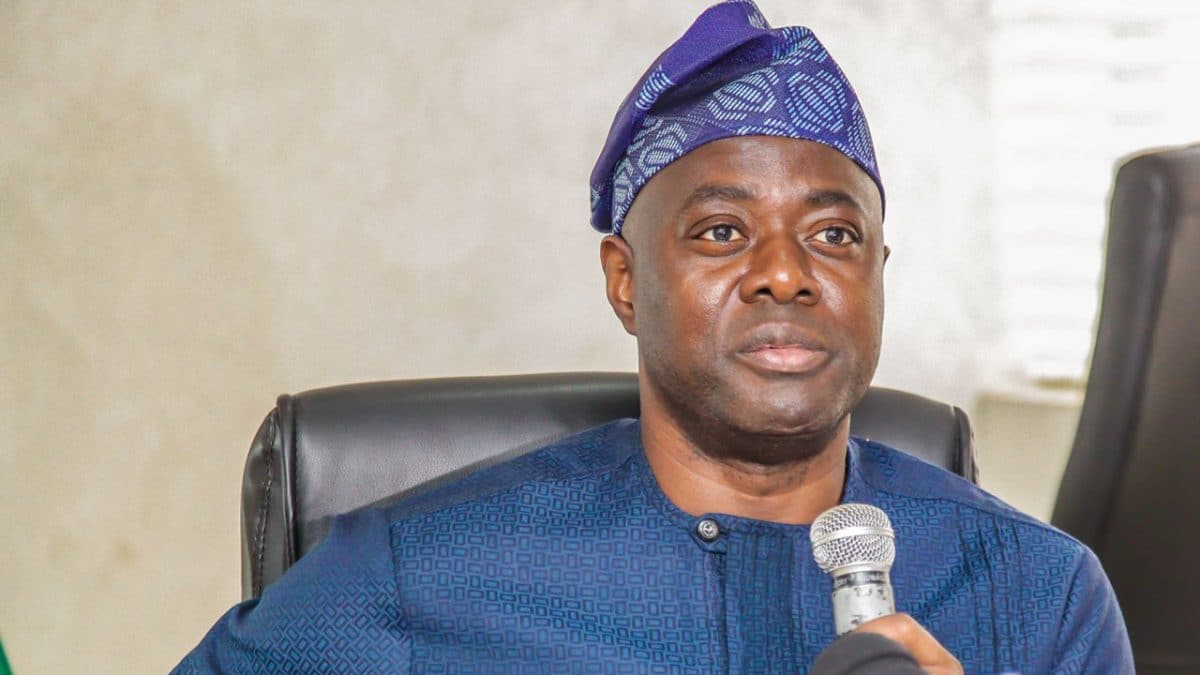 Governor Seyi Makinde of Oyo State, on Tuesday swore-in another set of five Permanent Secretaries in the Civil Service of Oyo State.

The Governor while performing the swearing in, called on the new permanent secretaries to see their appointments as a call to service.

He maintained that the appointments were based on merit and qualification.

Makinde urged the new permanent secretaries not to relent in their efforts to take the civil service to a greater level.

“You have been appointed into this position based on merit and based on the fact that you are eminently qualified to occupy this position.

“Don’t relent. Double your efforts, because this administration is interested in making the civil service the engine room to drive our development. Yes, we do have options. Past governments have taken those options where they brought in consultants all over the place to do the works which civil servants were being paid for. It is double jeopardy, because the government is losing money by paying twice for the same services. And we are also losing out from the fact that people whose job, from the beginning, is to look after our public institutions were being excluded,” he said.

“I congratulate you and want you to see this appointment as a call to further service. I want to see more dedication in the service of the government and the people of Oyo State.

“After the appointments were announced, I read a few comments from people. Some said we have thrown away seniority in the civil service of Oyo State and we just appoint people as we wish. Out of the five of you, I only know one person very well and the rest is just about the documentation I received.

“I asked the Head of Service to bring the list of people that are qualified and I asked some questions as well. We have people who can justify it because they will say there is usually a disconnect between government and the civil servants. Some have even come to me and said we should get rid of top people in the civil service because they are pro-APC.

“When I asked if they are Oyo Sate indigenes, they told me yes. I also asked that if they are for APC today, can they be of the PDP tomorrow, they said it is possible. So, nobody and, I repeat, nobody will be discriminated against under this administration, irrespective of your political leaning.

“Whoever is qualified from Local Government and Teaching Service would be promoted to the exalted position.”